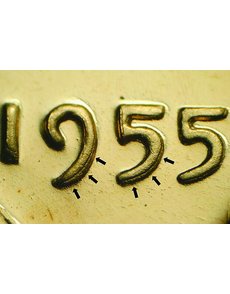 Nice doubling shows on the lower right 9 and 5 of the Proof 1955 Lincoln cent submitted by Coin World reader Brooks Childs. 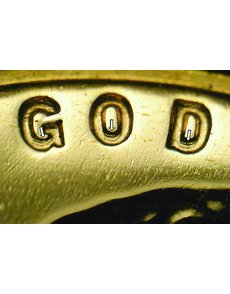 Even nicer is the tripling seen on the lower letters of in god we trust on the Proof 1955 Lincoln, Tripled Die cent listed as WDDO-006. 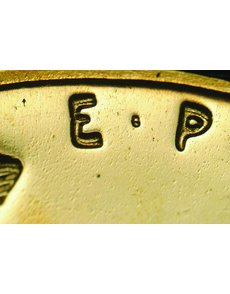 The dot between the e and p of e pluribus unum on the reverse of Brook Childs’ Proof 1955 Lincoln cent shows almost complete separation while strong doubling shows on the letters. 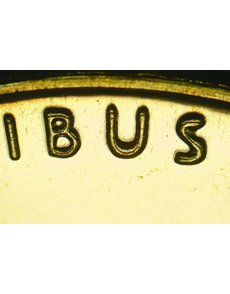 The strong reverse spread is found on all letters of e pluribus unum on this very rare doubled die variety.

The vast majority of space in this column has been devoted to submissions from Coin World readers that turn out to be new listings in the Wexler Die Variety Files. Every now and then, a reader submits a variety that is already listed, but that still must be shared. This month’s featured variety is one of those latter submission types.

While the spreads to the doubling and tripling aren’t as dramatic as that seen on the 1955 Lincoln, Doubled Die Obverse 1 cent, the spreads on both the obverse and the reverse are very respectable.

The obverse has a spread toward the center that shows well on the date, liberty and the hair at the top of the head. Strong tripling is easily seen on in god we trust. he obverse is listed in my files as 1955 1¢ Pr WDDO-006. The Combined Organizations of Numismatic Error Collectors lists it as 4-O-II while die variety specialist Billy G. Crawford has it listed as CDDO-003.

The reverse has a very strong spread toward the center that shows on the letters of e pluribus unum, both dots, the upper letters of one, both wheat heads and stems, and the letters of america. I have this reverse listed as 1955 1¢ Pr WDDR-005. CONECA lists it as 4-R-II and Crawford lists it as CDDR-001.

In addition to strong tripling (obverse) and strong doubling (reverse), another factor adds to the significance of this variety. Proof Lincoln cent dies have an average die life between 2,500 and 3,000 coins, making it unlikely that more than 3,000 examples of this amazing variety exist.

Putting that in perspective, the famous 1955 Lincoln, Doubled Die Obverse Die 1 cent has an estimated mintage between 20,000 and 25,000 coins making the reported Proof variety far rarer than the classic doubled die for this date. The Proof variety will never be as popular as the circulation coin, but it’s still a great variety combo to collect.