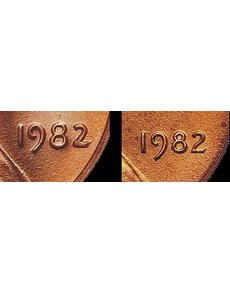 The cent faces an uncertain future. It’s just no longer economical to produce a coin of such little monetary value. Right now, U.S. lawmakers are looking at Canada, which has begun to phase out its own cent, shaving $11 million Canadian off its budget annually.

This is far from the first time the United States has looked at changing its cent to save money. Beginning in 1864, the U.S. small cent was composed of 95 percent copper and 5 percent zinc and tin, commonly referred to as bronze. Tin was dropped in 1962 and the zinc amount raised to 5 percent. After bouncing between 30 and 40 cents a pound in the 1960s, the price of copper began to rise. It doubled to 58 cents by 1970.

In late 1973, the U.S. Mint struck 1.5 million cents in aluminum and an uncertain number in bronze-clad steel in anticipation that the composition would be changed by Congress; it wasn’t and most of the coins were destroyed.

Finally, in 1979, copper exceeded a dollar per pound and Congress had to act. In 1982, the cent’s composition was changed from 95 percent copper to just 2.4 percent pure copper bonded to a zinc core, reducing its weight from 3.11 grams to 2.5 grams.

The year 1982 is therefore a transitional year for the cent, marking the change from one composition to another. But it is also a record-setting year in two respects. First, production of Lincoln cents for circulation totaled nearly 17 billion pieces, 10.7 billion in Philadelphia (and at West Point, both without Mint mark) and 6 billion in Denver (with D Mint mark). This is the largest single-year cent production ever. Second, the Mint released seven different Lincoln cents for circulation in 1982, the most ever.

First, the Mint struck 1982 Lincoln cents in bronze composition at both the Philadelphia and Denver Mints (coins 1 and 2). Then, to accommodate production of copper-plated zinc coins, the Mint reworked the design, lowering the relief and sharpening detail. The date logotype of the new type is smaller than that on the previous design, thus the first 1982 cents struck are called Large Date, and the modified design is called the Small Date. Some bronze coins were struck at the Philadelphia Mint with Small Date dies (coin 3), but all bronze 1982-D cents are of the Large Date subtype.

A complete set of the seven different cents of 1982 can be purchased in red Uncirculated condition for less than $10. These were popularly assembled in sets and are relatively easy to find.

High-grade certified examples of the bronze coins are coveted and expensive in the highest grades — Mint State 67 red and MS-68 red — but more typical gems are available and affordable.