From The Memory Bank: Youngest treasurer gets feet wet 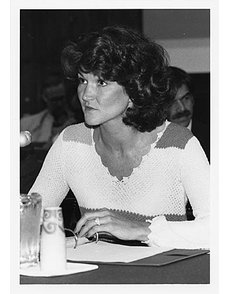 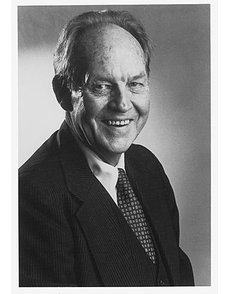 Ronald Reagan was sworn in as 40th president of the United States on Jan. 20, 1981, and Angela Marie “Bay” Buchanan moved into an office in the Main Treasury Building on Jan. 21. She had long been among Reagan’s inner circle — first as national treasurer of the Reagan for President Committee and then as treasurer of the Reagan-Bush campaign committee.

Now, at 32 years old, she would become the youngest ever treasurer of the United States.

His top priority was to lead the charge on the president’s promise to cut taxes in order to stimulate investment, which became known as the Economic Recovery Act of 1981.

In a recent interview, Buchanan recalled the first days of the Reagan administration both as exciting and demanding. She had been determined to “hit the ground running” and she was focused on the details of getting other Treasury political appointees in place.

Policy also had to be formulated and Buchanan quickly became the Treasury spokesperson for matters relating to the U.S. Mint, which would not have a Senate-confirmed director until July.

Among the first issues she would be called to Capitol Hill to testify about was a bill proposing to honor the 250th anniversary of George Washington’s birth through the issuance of a commemorative coin. Today, Buchanan readily admits that when she became treasurer of the United States she knew nothing about commemorative coins. But she is quick to point out that she had a good teacher who was determined to bring her up to speed.

Her teacher was Burnett Anderson, an awarding-winning journalist who had retired in 1979 after a 25-year stint with the United States Information Agency as director of press relations.

Anderson lost little time in launching a second career by combining his numismatic interests and his writing talent and became Washington correspondent in early 1981 for Krause Publications.

Buchanan recalls that Anderson would be camped out at her Treasury office and greet her upon arrival. “He would follow me into my office, asking questions,” she said.

Anderson had picked up from his congressional sources that a commemorative coin proposal was in the offing and wanted to know the Reagan Treasury’s position. When he learned Buchanan was unfamiliar with commemorative coins, he brought books and pictures and shared his knowledge about coins. Although official policy for more than a quarter century at the Treasury Department had been to oppose all commemorative coin initiatives, when Buchanan learned the details of the proposal to honor George Washington on a commemorative coin in 1982, she said she “saw no downside.”

But before going public with reversing Treasury policy, Buchanan checked with her boss, Secretary Regan. Not only did Regan enthusiastically give a thumbs up to the idea, but also he told Buchanan he wanted to be very involved and kept abreast of developments.

What most of the world did not know and Buchanan did was that Regan “loved all things George Washington.” She pointed out that he even lived near Mount Vernon during his service in the Reagan Administration.