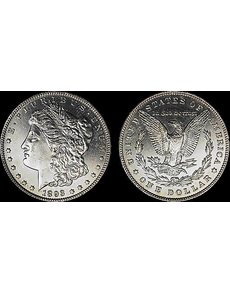 When I’m not being a home hobbyist, I’m directing a journalism school at one of the country’s leading research institutions, known for science and information technology.

My job requires that I do research following certain procedures and methods to ensure that my studies can be replicated by other social scientists.

What would be the result, I wondered, if I applied the same procedures to numismatics?

Earlier this year I presented my research to the Citizens Coinage Advisory Committee, of which I am a member. This was a study on coin design, analyzing the placement and number of devices on each denomination of U.S. circulating coinage from 1792 to the present. (I omitted “special” series such as the State quarter dollars.)

In all, I analyzed more than 275 coin types. My type count includes design changes in certain types, such as different reverses of Flowing Hair large cents.

I noted whether the following conventional devices appeared on the obverse or reverse (or not at all): denomination, date, UNITED STATES OF AMERICA legend, Liberty insignia, eagle symbol, arrows, olive branch, stars, wreath emblem, mottoes such as IN GOD WE TRUST and E PLURIBUS UNUM, and the number of devices on each side of the coin.

On which side of the coin did any of the listed components appear?

Which coins and series had the fewest and most devices?

What design trends could be discerned throughout the decades?

What characteristics (if any) did our most popular coins share?

The study yielded amazing results, not only about categories of coins like older versus modern commemorative coins, but on individual types.

Who would have thought that the Morgan dollar would emerge as unique among circulating coinage?

The Morgan dollar is one of America’s most beloved and collected coins. Designed by engraver George T. Morgan, the obverse is considered by many to feature the profile of schoolteacher Anna Willess Williams.

But what makes the Morgan dollar unique, apart from those attributes? It is the only circulating type that contains all the conventional devices of American coinage listed earlier.

Perhaps that is the allure!

Granted, the Morgan dollar’s large planchet size plays a role in providing a large enough canvas for all these devices; but they are also artistically placed, with “Liberty,” for example, wearing a cap rather than standing alone and the wreath on the reverse acting as a frame for the olive branch and arrows held in the eagles talons.

The date and the E PLURIBUS UNUM motto on the obverse and UNITED STATES OF AMERICA and the spelled out denomination on the reverse encircle the main design features while the motto IN GOD WE TRUST, in a smaller font size, is above the wingspan of the eagle.

And yet, the coin has ample fields to add depth — so much so, in fact — that Proof and Deep Mirror Prooflike Morgan dollars dazzle the eye in watery reflectivity. The design is a work of art.