The hobby and 'old friends' 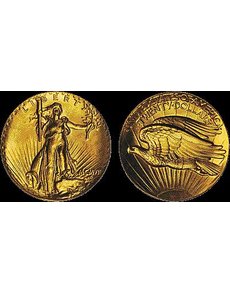 If you are a longtime reader of my column, you know that I enjoy inexpensive coins that have stories.

On my list of the top 10 are the 1909 Lincoln, V.D.B. cent and the 1883 Liberty Head, Without CENTS 5-cent coin. If anyone would listen I could hop on the proverbial soapbox, close my eyes, and spend at least a half hour, perhaps more, telling of their fascinating history. Beyond that, I have enjoyed collecting large copper cents counterstamped with advertisements, obsolete bank notes of New Hampshire, Civil War tokens and many other such things. None of these would make headlines.

That said, I also enjoy landmark rarities. I do not own an 1804 Draped Bust silver dollar, but I have delved into their history in the course of auctioning a number of pieces, and I even wrote a book about this famous coin. Of the five known 1913 Liberty Head 5-cent coins, I have handled three of them and was responsible for a fourth, the Norweb example, being donated to the National Numismatic Collection at the Smithsonian Institution’s Museum of American History.

Recently in company with other Stack’s Bowers Galleries staff I have been cataloging rarities for the impending Whitman Baltimore Coins & Collectibles Expo, the key being a superb gem Proof 1907 Saint-Gaudens, Ultra High Relief, Roman Numerals gold $20 double eagle. I could declaim for an hour about this coin, too.

While I have enjoyed handling great rarities and landmark collections, closest to my heart are the people involved. I have great memories of good times spent with Louis E. Eliasberg Sr., and his son Richard keeps in touch. Recently, he came to Wolfeboro just to say “hi.”

Harry W. Bass Jr. was one of a kind — a consummate numismatist of the rocket scientist type while also a warm friend.

After Bowers and Merena sold the Norweb Collection, the Norweb family invited our entire staff to their seaside home in Boothbay Harbor, Maine, for a boat trip and lobster fest.

From 1909 cents to million-dollar rarities, nice memories are made of such things.