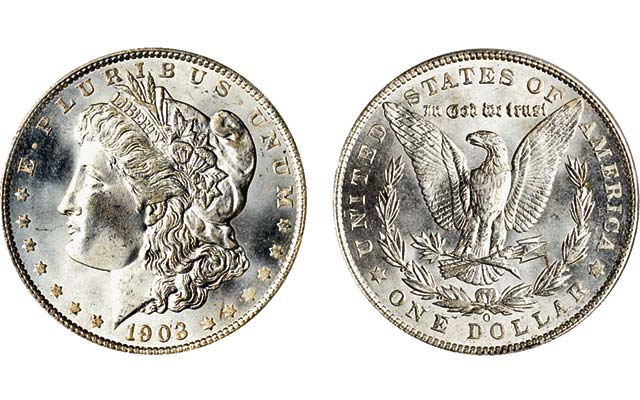 I continue my reminiscences of Margo Russell, who served as editor of Coin World for 23 years.

Before Margo’s editorship, in 1960 with the magazine’s launch and the excitement of the “rare” 1960 Lincoln, Small Date cents, the number of coin collectors and dealers began expanding.

By the height in 1964, probably there were 10 times more collectors and dealers than there were in the mid-1950s. Chet Krause of Numismatic News told me that he thought there were at least 6,000 dealers in America, many if not most of which had shops.

In November 1962 we were all surprised, shocked, and delighted when the great Treasury Hoard of silver dollars was revealed as long-sealed federal vaults were opened.

The most expensive Morgan dollar then in A Guide Book of United States Coins was the 1903-O dollar at $1,500 in Uncirculated. I had never seen one nor had most other dealers.

I also remember going through thousands of Seated Liberty dollars in long-hidden bags; these were circulated coins.

Margo Russell was in the front of reporting all of this.

Coin investment was the name of the game. In the early 1960s at least three Teletype systems linked coin dealers. The Coin Dealer Newsletter was launched in 1963, and books and guides sprouted like mushrooms after a spring rain.

“Experts” arose and gave talks and seminars to share their investment secrets. Some of them became heroes to numismatists who seemingly lost their power of reason.

President Kennedy was assassinated in November, and in early 1964 the production of a new half dollar design to honor him created worldwide attention. Some of the first coins released sold for $5 each. How exciting!

Chief Engraver Gilroy Roberts, who designed the obverse, left the Mint and became a millionaire.

Again, Margo followed this action week by week, month by month and was front row center, with her now-large staff, in reporting the news as it developed. In reading this you might think it was time for things to quiet down.