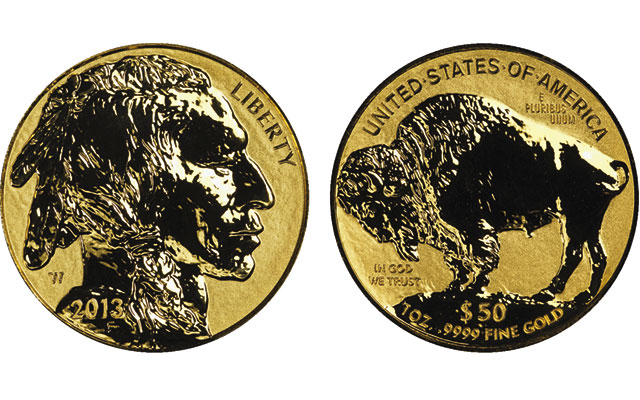 Some important gold coins have been released by the U.S. Mint within the last five years. During the same period, the price of gold more than doubled and then retreated 40 percent from its highs. For collectors of modern U.S. gold coins, huge price fluctuations have made for one wild ride.

One standout performer during this cycle is the 2009 Ultra High Relief $20 double eagle. Issued at $1,189 on Jan. 22, 2009, its price doubled along with gold. Despite the recent decline in its intrinsic value, its price has held firm. Now an uncertified example in original packaging trades for about $2,400.

In 2009, two very experienced numismatists I know purchased and then quickly resold for profit an Ultra High Relief coin. They both regretted the decision and were contemplating buying coins to replace the ones they had sold. They said that if the falling price of gold caused a drop in the price of the Ultra High Relief as well, they would certainly buy them. Alas, we all felt that the numismatic value of this coin was already largely disassociated from its underlying precious metal value, and that a significant pullback was unlikely.

This discussion then prompted another question for us. Which other recent U.S. Mint issues still trade more closely to their precious metal value and therefore will be great buying opportunities should gold continue to fall?

The Ultra High Relief coin is a unique entity among modern issues, and can be included in several different collections, such as a set of American Eagles, commemoratives, or a modern type set. Only 115,178 were minted.

Are there similar issues?

The first coin suggested was the Reverse Proof 2013-W American Buffalo gold $50 coin. It is the only Reverse Proof coin in the series. Only 47,836 were minted. Currently, an example in original packaging trades in the secondary market for about $1,600, only slightly above the U.S. Mint’s current issue price of $1,540 for the Proof 2014-W American Buffalo gold coin, now on sale.

The second coin mentioned was the Proof gold 1964–2014-W Kennedy half dollar, currently offered at $1,165 on the Mint’s website. This is well lower than previous prices, which peaked at $1,277.50. The Mint adjusts its price each Wednesday based on the gold spot price. The coin’s price will fall even lower, to $1,090, if gold trades under $1,100 for an extended period. With total sales of 66,000 units so far, this recently maligned coin may prove to be a winner in the long run.