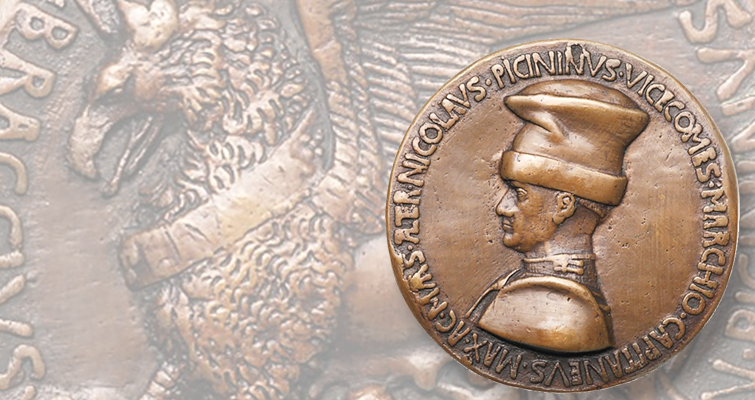 A classic medal from the Italian Renaissance offered at the 2016 NYINC auctions. 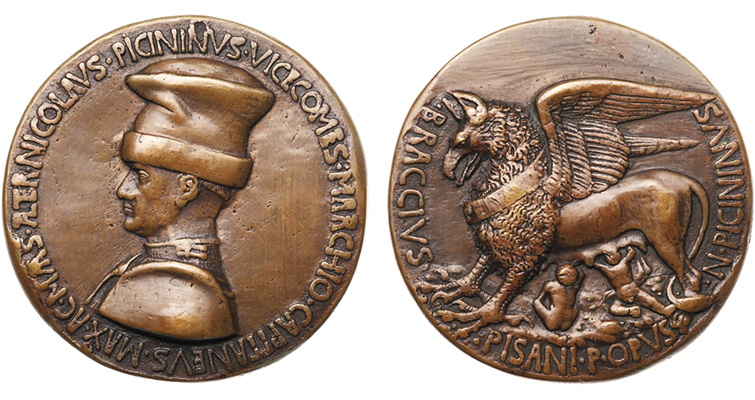 A classic medal from the Italian Renaissance offered at the 2016 NYINC auctions.

The following is The Investment Column from Coin World's Jan. 4 monthly issue:

The first several weeks of 2016 provide an embarrassment of riches with the combination of the Florida United Numismatists show in Tampa, Fla., between Jan. 7 and 10 and the New York International Numismatic Convention held during the same dates in New York City.

It’s enough to leave someone breathless, but the various auctions’ scope and diversity can lead collectors into exciting new directions.

Especially for someone like myself, long-grounded in U.S. numismatics, looking at the diversity offered in the various NYINC auctions — nearly all of which are available for free viewing online — captures the imagination and makes one think about making strategic purchases in areas beyond one’s core collection.

For example, The New York Sale on Jan. 4 and 5 will offer several classic medals from the Italian Renaissance, such as the cast bronze medal by Antonio de Pucci (circa 1394 to 1455), called Pisanello, of Niccolo Piccinino (1380 to 1444). Described as an old aftercast of good quality, from a pierced example with some tooling but otherwise graded Very Fine, it has an estimate of $3,000. That it’s a textbook example of Italian Renaissance art from the leading medalist of the day, of a style that influenced coin designers for the next six centuries and that it’s estimated at less than the price of a Proof 1995-W American Eagle silver dollar (which has a mintage of 30,125 pieces) makes one’s mind wonder: Who might have owned this medal? What collections may it have been a part of?

That it has some flaws only adds to its charms, and its purchase could open up an entirely new world for a collector who is used to collecting U.S. coins, adding context to a collection and, if nothing else, providing a piece that would impress any noncollector.

Admittedly, a medal like this is less liquid (harder to sell) than a regular-issue U.S. coin, yet it has held its value for centuries, and will continue to be valued by collectors of art and money for centuries to come.

Beyond the expensive coins, it’s the discovery that makes the mass of FUN and NYINC auctions exciting. Take some time and explore. Perhaps you’ll find a new direction for your collecting.