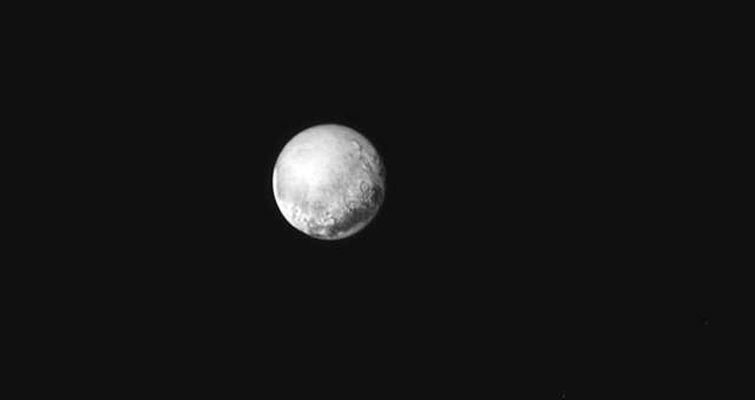 The dwarf planet Pluto as imaged by the New Horizons spacecraft on July 11, 2015. The planetary probe carries aboard two State quarter dollars. 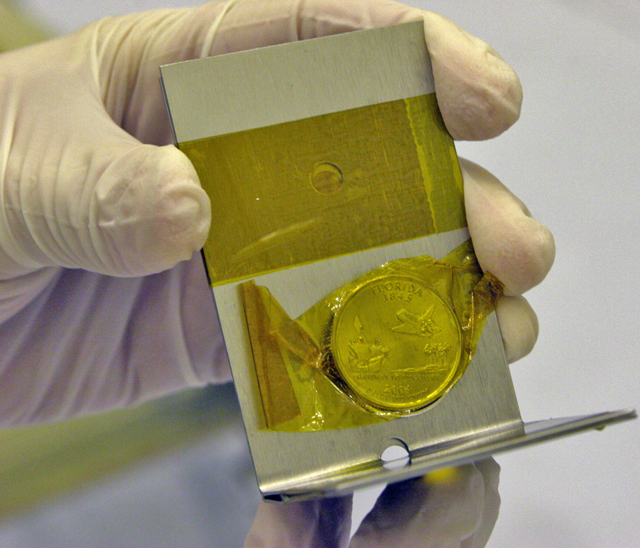 This Florida quarter dollar has by now traveled some 3 billion miles aboard the spacecraft New Horizons. Image Credit: NASA/Bill Rodgers, JHU/APL.
Previous
Next

Two State quarter dollars made their closest approach to the dwarf planet Pluto at shortly after 11:49 UTC July 14, fulfilling a journey of some 3 billion miles that the two coins started on Jan. 19, 2006.

The two coins are aboard the New Horizons spacecraft, the first human vessel to visit Pluto.

Pluto is the last of the original nine planets to be visited by mankind (Pluto was reclassified as a dwarf planet in 2006, a few months after the New Horizons mission was launched). Because of the distance to Pluto and the mechanics of planetary alignments, it likely will be many decades before another mission is sent to visit the planetary body.

When New Horizons was launched in January 2006, the special contents it carried aboard were a closely guarded secret. It was not until a September 2008 ceremony to induct a New Horizons model into the Smithsonian National Air and Space Museum Udvar-Hazy Center space science collection that it was revealed that the craft carried a small cargo of souvenirs, including a pair of State quarter dollars.

The New Horizons spacecraft is not the only NASA probe to carry numismatic materials aboard it. The Curiosity rover on the surface of Mars carries a 1909 Lincoln, V.D.B. cent on board.