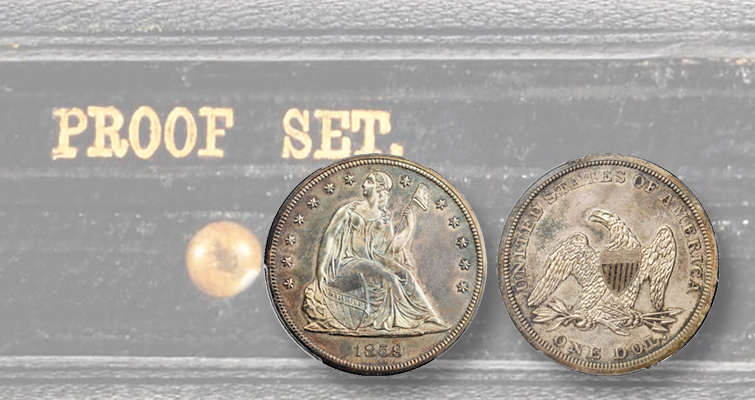 Stack's Bowers Galleries will host a Rarities Auction on Oct. 1 in New York City, where it will offer many rare and unusual items, including an 1859 Silver Proof set. 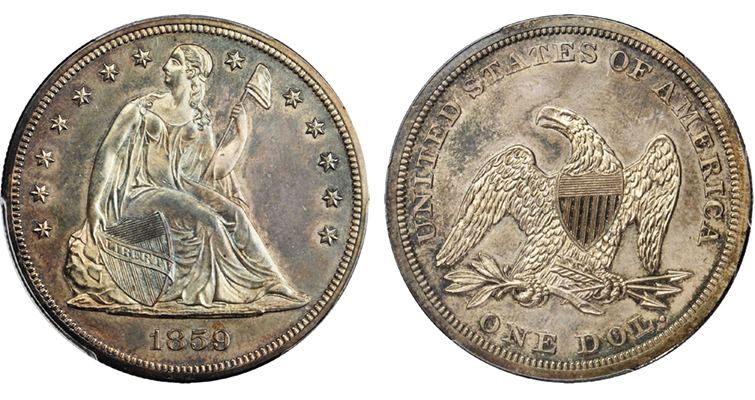 The 1859 Seated Liberty dollar in the set grades Proof 64 and the set carries an estimate of $20,000 to $30,000. The large denomination was particularly popular with contemporary collectors. 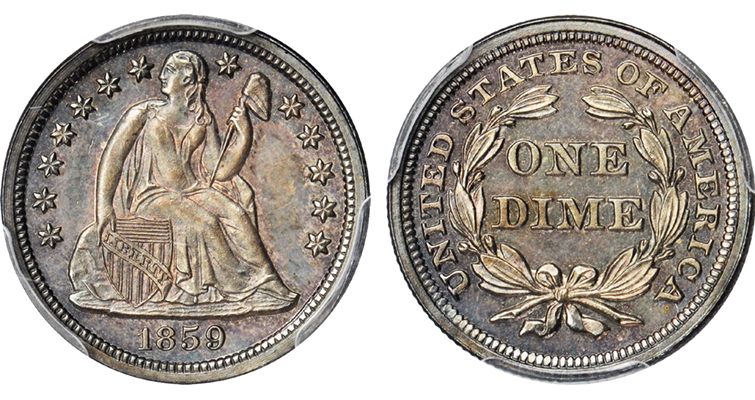 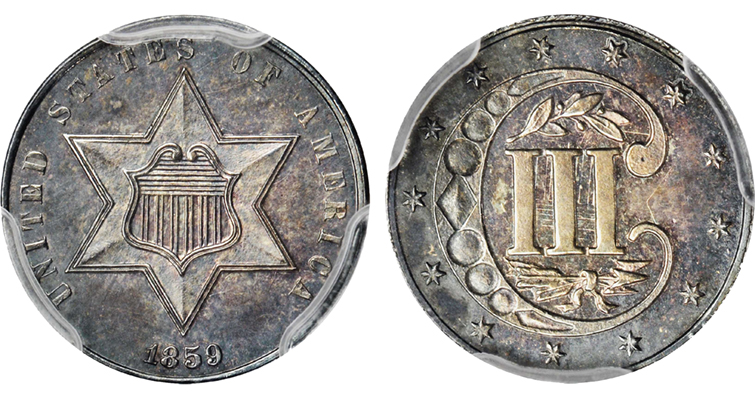 The 1859 silver 3-cent piece is the smallest denomination in the set. The coin grades Proof 64.. 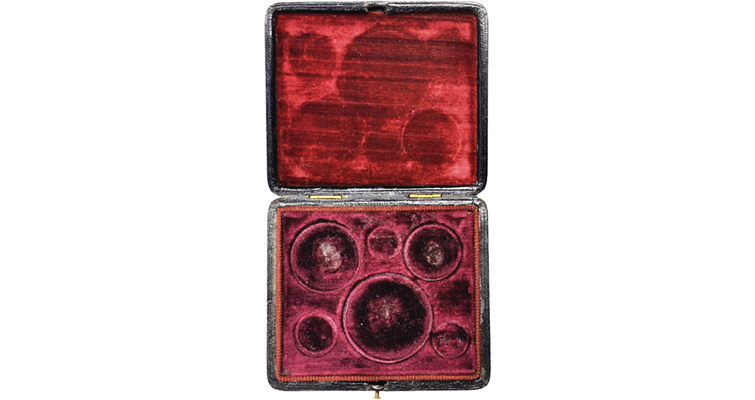 Stack’s Bowers Galleries will host a Rarities Auction on Oct. 1 in New York City. The select 128-lot sale will follow the second auction featuring coins from the D. Brent Pogue Collection, which will be offered by the firm, in conjunction with Sotheby’s, on Sept. 30.

One of the most interesting lots in the Oct. 1 auction is what is described as an original 1859 Silver Proof set with all six of the silver denominations struck that year, which will be offered as a single lot.

Notable is that the coins were housed for many decades in the same holder, which has resulted in the coins having a similar appearance with surfaces evenly toned a blend of olive-gold and gray, with some iridescent undertones.

The holder is included in the lot — a black leather case with a deep red felt interior. The edge is inscribed in gold lettering PROOF SET.

The catalog description provides background regarding collecting and the production of Proof coins at the Philadelphia Mint in this time period, writing: “The late 1850s are an important time in the history of both the United States Mint and the numismatic hobby in this country. Coin collecting in the United States experienced its first major upsurge in popularity toward the end of that decade and, in order to take advantage of increased public interest in numismatics, Mint Director James Ross Snowden began the widespread marketing and sale of Proof coinage in 1858. Yearly mintages of Proof coins reached previously unheard of levels, and beginning in 1859 the Mint recorded the number of Proofs struck for the various silver and gold denominations.”

Although mintage figures account for 800 pieces for each of the six silver denominations produced in 1859, some of the smaller denominations did not sell well — the coins could be purchased individually — and those that remained unsold were likely placed in circulation.

The description estimates that no more than 450 of the Proof 1859 Seated Liberty silver dollars were actually sold to contemporary collectors, and adds, “each of the Proof silver issues from 1859 are considerably rarer than an 800-piece production run would suggest.”

The catalog explains, “Most Proof 1859 silver coins were acquired individually, and this is especially true for the silver dollar. Given its large size and impressive appearance, the silver dollar was particularly popular with collectors seeking only a single Proof coin of the date.”

The case used to house the set was produced by a private manufacturer and reflects collecting tastes at the time, to collect silver coins together as a group, without the small-denomination bronze coins or gold coins. Few of these cases were saved and today the cases are rare and desirable.