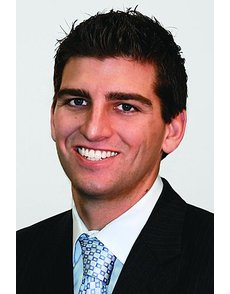 Collectors will soon be able to research more than 1.5 million sales records from Stack’s Bowers Galleries’ unified auction archives, with additional historical auction information from predecessor firms to be contributed as soon as it is digitally processed.

Unification of the three Spectrum Group International affiliates under a single title has been in the works for several months, Kendrella said. He said the process was accelerated with the May acquisition from Stack’s LLC of the 49 percent noncontrolling interest in Stack’s Bowers Numismatics, doing business as Stack’s Bowers Galleries.

Kendrella said in a July 22 interview with Coin World that while the Spectrum Numismatics and Teletrade brands will fade into numismatic history, the services the individual entities provided will continue under the new Stack’s Bowers Galleries banner and be further expanded.

Spectrum Numismatics was launched in 1991.

Teletrade was inaugurated in 1986 by Bernard Rome as a vehicle for bidding on certified coins using a telephone touchpad.

The unification is a little bittersweet, Kendrella said, since he began his numismatic career in the early 2000s with Teletrade.

Kendrella said collectors were exposed to three different selections of services under three separate brands. Some customers used the services of all three brands, he said.

Kendrella said unifying the services under one umbrella allows those who didn’t use all three firms to have more choices and access to inventory, as well as more venues at which to buy and sell coins.

“The new Stack’s Bowers Galleries will expand on the services previously offered by the three individual companies and offer an unmatched level of numismatic expertise, quality of service, and breadth of buying and selling opportunities,” Kendrella said. “Our increased services will include our renowned live Showcase Auction presentations, weekly iAuctions, and Collectors Choice Auctions three times per year, as well as expanded retail and wholesale services through our online coin shop, SBGdirect, our flagship New York City store, and through direct customer relationships.”

Kendrella said Stack’s Bowers Galleries will soon launch a new consignor program, InstantCash, where up to 60 percent of the value of a qualified consignor’s consignment to a weekly iAuction will be paid the day following the completed sale.

The remaining 40 percent balance of the sale proceeds will be able to be paid to the qualified consignor within as few as seven additional days, Kendrella said.

Currently, archival auction records from the Stack’s Bowers Galleries predecessor firms Stack’s, and Bowers and Merena, while available, are fragmented in different locations and different formats online and are incomplete, Kendrella said.

Under a single, consolidated research umbrella, collectors will eventually have access to historical auction information from all predecessor entities, Kendrella said.

The thrust will be to “backfill” archives from historic auctions of all of the predecessor companies, including Teletrade, Kendrella said.

“We have spent the past several months developing an entirely new and state-of-the-art technology platform that we are excited to launch soon,” Kendrella said. “Our new website will offer a number of new advanced features specifically designed to allow our customers to quickly and easily find their items of interest and provides them with as much information as possible to help them make informed bidding and buying decisions.

“It will also combine the past sales records of our predecessor firms and put over 1.5 million auction prices realized at their fingertips.”

Kendrella said Stack’s Bowers Galleries plans to expand its numismatic exposure in the marketplace, with continual introduction of new services and innovations and improvements on current offerings.

“The expanded Stack’s Bowers Galleries organization will offer a full auction program, including live Showcase Auctions and Rarities Night Auctions, weekly iAuctions and the return of our Collectors Choice Auctions three times a year,” Kendrella said. “Our new website will include SBGdirect, our online coin shop that features over 1,500 US and world coins and banknotes, coins from the ancient world, tokens and medals. Premium-quality, hand-selected material will be available at a fixed price for your consideration, with new and special offerings added daily.”

Greg Roberts, president and chief executive officer of Spectrum Group International, said: “Stack’s Bowers Galleries, Teletrade and Spectrum Numismatics have independently been leaders in their respective specialized areas of numismatics for as many as 80 years. Combining the unique and specialized services of these three leading organizations will enable the new Stack’s Bowers Galleries to remain at the forefront of numismatics and continue its tradition of excellence.“

In late 2010, the parent company of Bowers and Merena Auctions, Spectrum Group International Inc., announced the merger of Bowers and Merena with Stack’s, effective in early 2011. The merged firm was initially called Stack’s-Bowers Numismatics; the name was later changed to Stack’s Bowers Galleries. Upon the merger, 51 percent of Stack’s-Bowers Numismatics was held by Bowers and Merena Auctions, while Stack’s retained ownership of 49 percent of the company. At the time of the merger between Stack’s and Bowers and Merena, the majority owner of Stack’s was Anderson Press Inc., a privately-held niche publisher in Atlanta. Anderson Press also owns Whitman Publishing, H.E. Harris & Co. and Dalmatian Press.

Spectrum officials announced May 13, 2013, that the firm, through two of its subsidiaries, had purchased the 49 percent noncontrolling interest in the Stack’s Bowers firm.

Stack’s was established in New York City in the early 1930s by brothers Joseph B. Stack and Morton Stack. The operation was family-owned until 2008 when Lawrence R. Stack, grandson of Morton Stack, sold his ownership interest in the company.

Q. David Bowers affiliation with Bowers and Merena had ended in January 2003.