Some modern coins are certain to become future classic coins 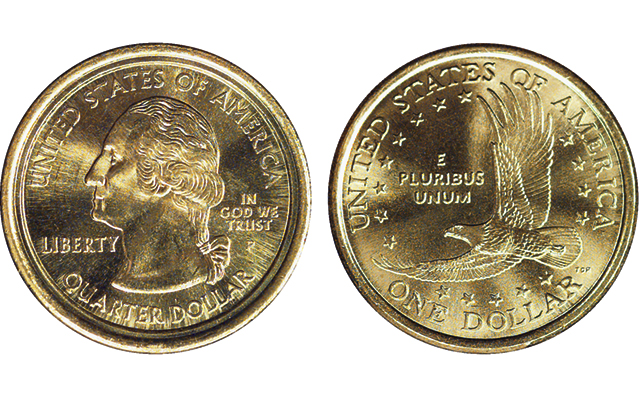 One of the best things about recently issued U.S. coins is that some truly great coins are among them. By any analysis, the three coins featured here seem certain one day to find their way into the ranks of classic U.S. rarities.

First up, the Proof 1990-S Lincoln, No S cent. As its name implies, this coin is a Proof Lincoln cent struck at the San Francisco Mint without the S Mint mark. This curious omission has occurred several times over the years on other denominations, but this issue is both the only Lincoln cent and the last time it happened.

In 1985, the S Mint mark was added to the master die for Proof coins. How this error could have occurred has not been explained definitively. While the extant mintage is thought to be about 3,500, fewer than 300 have been discovered in 1990-S Proof sets.

As the most important Lincoln cent of the late 20th century, this issue is already highly coveted. Today, top grade examples trade for well over $10,000.

Its most remarkable feature is a net mintage of just 9,996 pieces — a figure well below anything that would be offered today. It is nearly five times more scarce than the Reverse Proof 2013-W American Buffalo gold $50 coin, yet this classic-to-be can still be purchased for less than $3,000!

Last is a coin that is both undeniably modern and may already be a classic: the 2000-P Sacagawea dollar/Washington quarter dollar mule. A mule is a coin struck from dies that were not meant to be paired together. U.S. coinage mules are exceptionally rare. This error coin was produced at the Philadelphia Mint when a State quarter dollar obverse die was paired with a Sacagawea dollar reverse. They were struck on manganese-brass clad dollar planchets, an entirely new and solely modern composition.

In years to come, when the great U.S. coin collections of the future are sold, the equivalents of Eliasberg, Garrett, Norweb or Newman in their day, it is easy to imagine they will all include a 1990-S Lincoln, No S cent, a Reverse Proof 2006-W American Eagle $50 coin and a Sacagawea mule among other great modern coins.