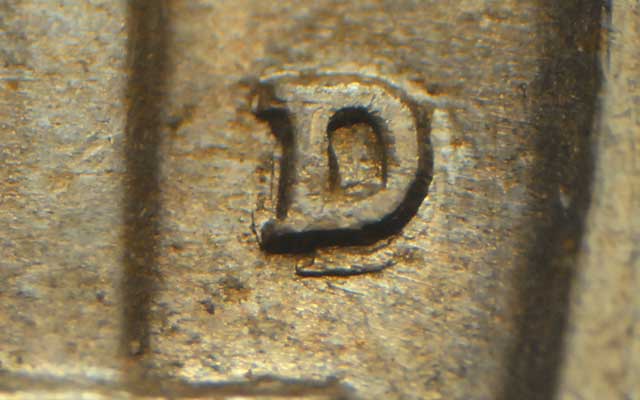 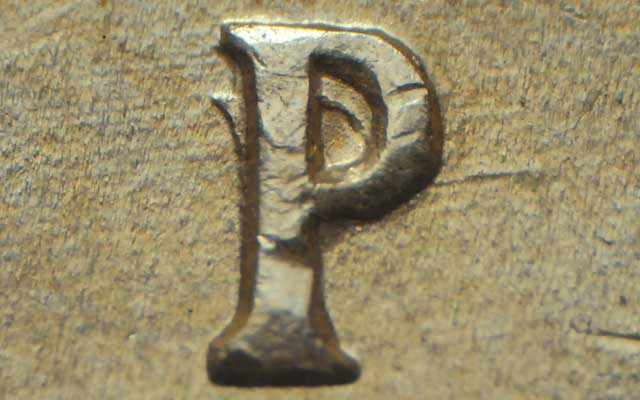 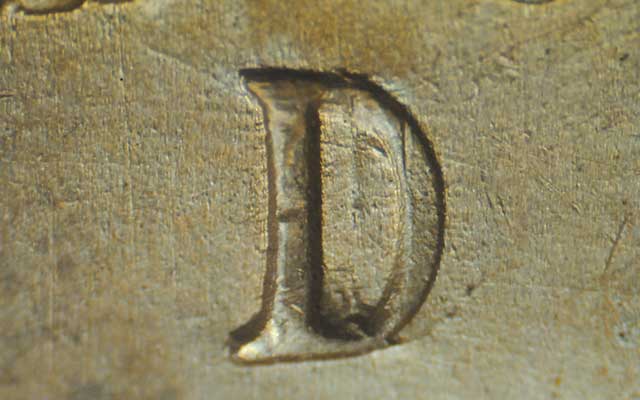 One of the most widely separated Wartime nickel RPM varieties is this 1945-D/D Jefferson 5-cent coin example from Eric Axtell. 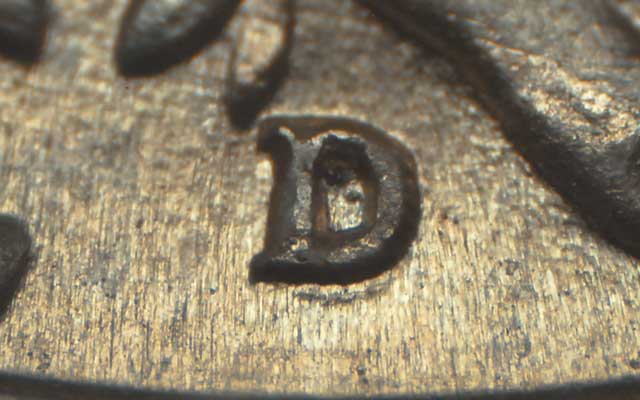 Prior to 1990, Mint marks were hand punched into working dies, sometimes more than once, using a hand-held punch and a mallet.

If the punch moved between taps of the mallet, a doubled, tripled, or even quadrupled Mint mark resulted. The Mint mark could also appear in varying locations.

Beginning in 1990 for cents and 5-cent coins and 1991 for other denominations, the Mint mark was applied to the master die and not the individual working dies.

Paul Funaiole submitted a 1941-D/D Jefferson 5-cent coin variety that I have listed as 1941-D 5¢ WRPM-001. It shows a D/D Southeast. With RPM varieties, the direction given is the direction one must travel to get from the primary (stronger) Mint mark punch to the secondary (weaker) Mint mark punch.  Combined Organizations of Numismatic Error Collectors of America lists this as RPM #3. It is also illustrated in The Cherrypickers’ Guide to Rare Die Varieties as FS-05-1941D-501 (024.3).

A 1943-P/P Jefferson 5-cent coin with a bold RPM variety was submitted by David Mulberry.  This one shows a P/P South with a fairly wide separation to the punches. Because of the size of the Mint marks on the wartime 5-cent coins, the RPM varieties are much easier to spot. I list this one as 1943-P 5¢ WRPM-036 while CONECA lists it as RPM #14.

A 1943-D/D Winged Liberty Head dime submitted by Thomas McGowan shows a very nice D/D South RPM variety that turned out to be a new listing for my files. I now have it in my files as 1943-D 10¢ WRPM-014.