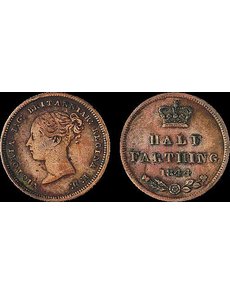 Half of a farthing is worthone-eighth of a penny. Victorians had to be good at figuring fractions. 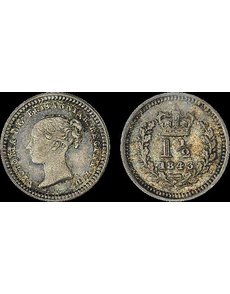 This 12-millimeter .925 fine silver 1½-pence coin was minted in Victorian Britain only for use overseas in British Ceylon and Jamaica. 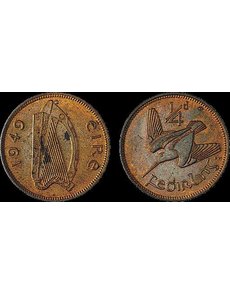 From the famous “barnyard” series of Irish animal coins is the woodcock farthing, one of two fractional pence denominations from Ireland. It is one of the most difficult types to find. 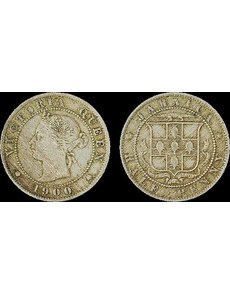 This 1900 Jamaican half penny is about the size of a U.S. quarter dollar. Unlike its British counterpart, it is made of copper-nickel, not bronze, and features a younger portrait of Queen Victoria. 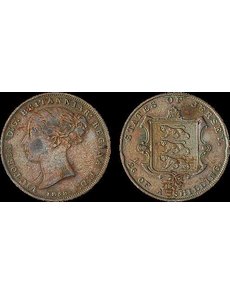 In 1858, 13 pence equaled a Jersey shilling, so this large 28-millimeter 1/26-shilling coin is actually a half pence. 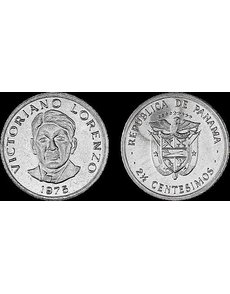 The same size as the famous silver 1904 Panama Pill, this 10-millimeter copper-nickel coin is odd for its value as well as its size: 2½ centesimos. 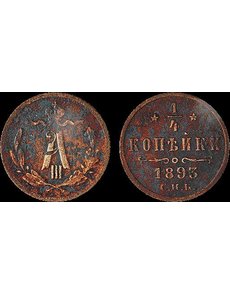 This 1893 polushka or quarter kopek, Russia’s version of a farthing, is a diminutive size coin to match its diminutive denomination. Russia also issued a half kopek coin until 1916. 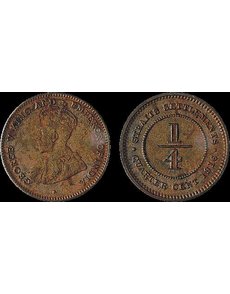 This 1916 quarter cent is from the Straits Settlements, later part of Malaysia. The obverse reads, GEORGE V KING AND EMPEROR OF INDIA.

Over the past 300 years, a surprising number of nations — not just the United Kingdom — have minted fractionalized denominations of less than a penny (or less than the penny equivalent).

What seem like oddities to us now were perfectly practical coins when they were made, designed to fill a need in the everyday commerce of the nation that produced them.

The era of the fractional penny was past for the most part by the 1970s, especially after coins went decimal in the Commonwealth nations. The most minor of the “minors” belong to history, but that just increases their fascination for the world collector.

Great Britain and the Commonwealth nations come to mind first for many people when they think of fractional pennies. Prior to decimalization in 1971, the United Kingdom issued quite a few different fractional coins. These include the 1½ pence, half pence, farthing, third farthing, half farthing and quarter farthing. The only monarch who can be found on all of these denominations is Queen Victoria. Victorians had to be very good at figuring fractions. A child in 1844 spending a shiny new half farthing for example, would need to know that this was one-half of one-fourth of one penny.

Throughout the 19th century, the nations of the British Empire tended toward coins of the same size and denomination as Great Britain and featuring the same monarch, of course. But then they made the coins unique in other ways. A colonial Jamaican half penny from 1900, for example, was the typical half penny size but had a distinctive look. It was made of copper-nickel instead of the bronze used for the British version, and featured a much younger and less somber portrait of the widowed queen.

Ireland gained its independence from the United Kingdom in 1922 but retained a coinage system of farthings, sixpence and shillings.

The coins in the barnyard animal series that debuted in 1928 and continued for 40 years were immediately popular with collectors the world over and remain so to this day. Two of these coins in the Irish series are fractional pennies, the woodcock farthing and the sow-with-piglets half pence. The bronze farthings are a particularly challenging series to complete due to low mintages.

The kopek has been Russia’s cent equivalent as one one-hundredth of a ruble since the early 18th century. The polushka or quarter kopek was always made of copper, but the size (diameter) gradually shrunk from 20 millimeters to 12 millimeters. The last of the polushkas and half kopeks were minted in 1916. The 1-kopek coins are still made but rarely used in commerce as their value is too small to be useful.

The Straits Settlements was a British crown colony on the Malay Peninsula before the area became part of modern day Malaysia. Even though the coins bore the portraits of British monarchs beginning with Queen Victoria and ending with King George V, they had American denomination names like cent and dollar. The quarter cent and half cent were minted of either copper or bronze.

Among the more unusual fractional coins for the world collector to enjoy is the 1/26 shilling from Jersey, a British crown dependency located in the English Channel.

Jersey is known for its large copper and bronze coins with a multitude of unusual fractional denominations beginning with Victoria’s reign and ending in 1971 when the island followed the United Kingdom into a simpler system. Among these coins are shillings with marked values like 1/52, 1/48, 1/24, 1/13 and 1/12.

Happily for silver coin aficionados, some silver fractional pennies are available, too.

A tiny 12-millimeter-diameter .925 fine British 1½ pence is sometimes mistaken for Maundy money. In fact, it was not minted for use in the United Kingdom at all. Made between 1834 and 1870, these precious metal fractionals were sent overseas to Jamaica and Ceylon (modern day Sri Lanka).

The famous 1904 silver 2½-centesimo “Panama Pill” is one of the smallest coins ever minted at just 10 millimeters in diameter.

It grew in size in 1907 when it was made from copper and nickel but shrank again to 10 millimeters in diameter in the mid-1970s.

Panama has also minted other fractional cents including a copper-nickel half centesimo and a bronze 1¼-centesimo piece. ¦