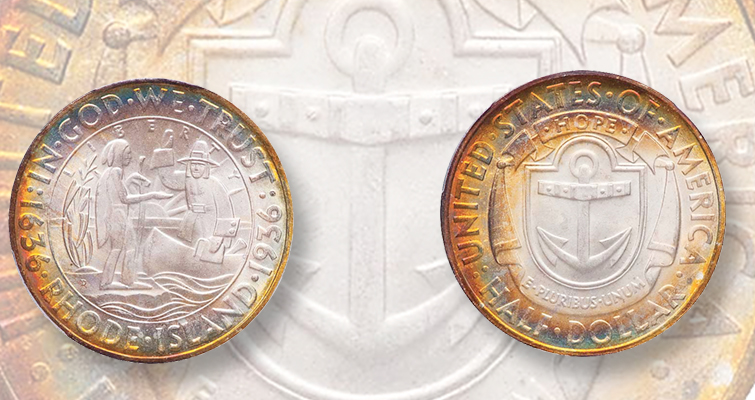 An 1892-S Morgan dollar graded Mint State 65 by Professional Coin Grading Service led bidding at Legend Rare Coin Auctions’ Regency Auction XXVI in New Orleans, bringing $193,875 as part of the auctioneer’s “Dollar Day” on May 16. While that dollar was essentially untoned, the auction also included some silver coins with much more varied hues, one of which appears here.

Legend said that the two-day auction, held in conjunction with the PCGS Members Only show, attracted the largest number of viewers, registrants and bidders in the auction firm’s history.

Although the market for classic era 1892 to 1954 silver commemorative coins has been sleepy for some time, bidders get excited when an exceptional example crosses the block. This 1936-D Providence Tercentenary half dollar graded MS-68 by Professional Coin Grading Service with a Certified Acceptance Corp. green sticker sold for a whopping $43,457 on May 17, flying past its estimate of $4,000 to $5,000.

Legend wrote, “Technically, we grade this coin an MS69,” noting, “Clearly, it sat undisturbed and probably was never touched since it left the Mint.” Half dollars dated 1936 were struck at the Denver, Philadelphia and San Francisco Mints to celebrate the 300th anniversary of the founding of Providence, Rhode Island.

The obverse depicts the town’s founder Roger Williams arriving in a canoe to a friendly Native American’s welcome. Oddly, Providence is not mentioned on either side of the half dollar. 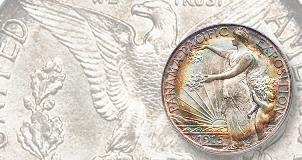 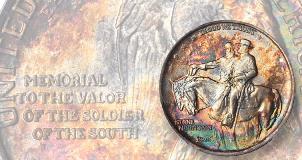 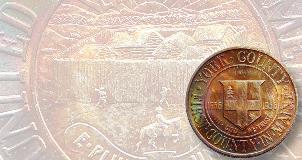