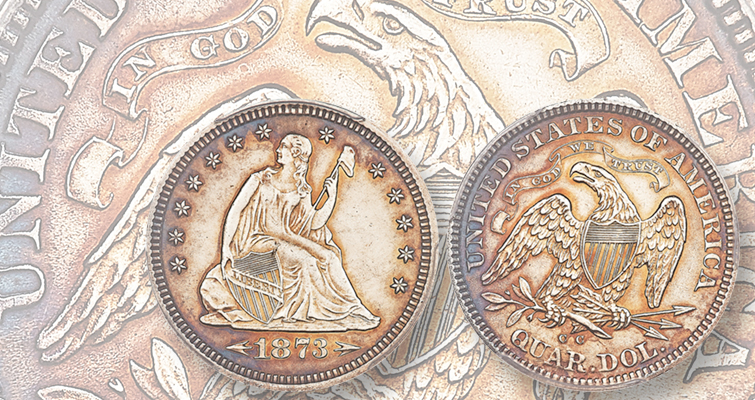 Here is one skillfully plugged coin that traded at a recent auction:

Some coin restorers are so skilled that their work is hardly noticeable. The repair on Liberty’s head on this 1873-CC Seated Liberty, With Arrows quarter dollar graded Professional Coin Grading Service Genuine, About Uncirculated Details, Plugged, is virtually undetectable. Carson City Mint coins are in near constant demand and just 12,462 1873-CC quarters of the subtype bearing arrows on either side of the date were struck from a single pair of dies in 1873, with perhaps 50 surviving today. The arrows alerted the public to a new weight standard for the denomination.

The carefully repaired quarter dollar sold for $13,200 at Heritage’s February 2018 Long Beach auctions. Heritage observed, “The surfaces are blanketed in shades of greenish-gold and magenta toning and the overall presentation is quite attractive,” and in terms of detail, the piece is it among the finest known. For comparison, a PCGS Extremely 45 example sold for $18,800 at Stack’s Bowers Galleries’ August 2015 ANA auction in metropolitan Chicago, and a PCGS AU-55 example brought $79,312.50 at Legend’s Dec. 14, 2017, Regency Auction. 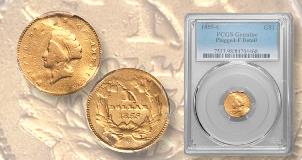 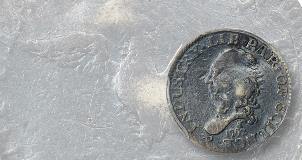 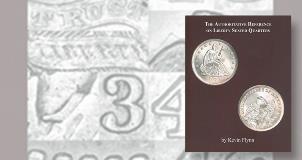