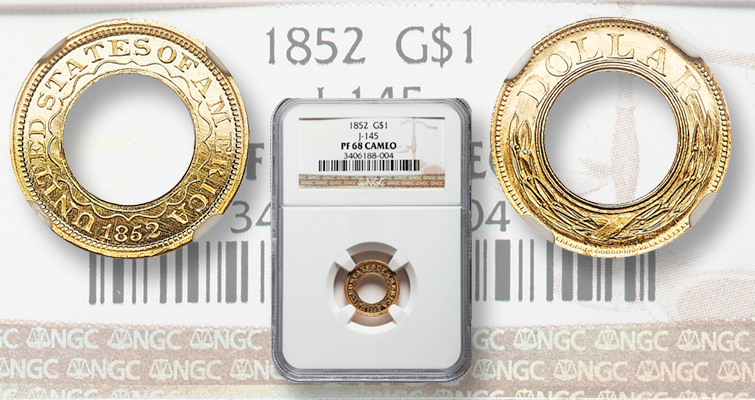 But not all of the big prices were for large-sized, high-denomination coins. Here is a smaller coin — a pattern, specifically — in a top grade, one of several small coins that impressed bidders.

The biggest complaint about the small-sized gold dollars in the mid-19th century was their tiny size. The diameter of the gold dollar increased slightly in 1854, but two years before, the Philadelphia Mint experimented with holed dollar patterns as a way to increase the diameter without increasing the weight (and gold content). These are often called “ring” or “holey” dollars and the absence of a center means that the designs are limited to mostly functional information.

This one is cataloged as Judd 145 Thin in United States Pattern Coins: Experimental and Trial Pieces. There are both thin and thick planchet variants.

This piece, at NGC Proof 68 Cameo, is among the finest known. Heritage writes, “It is tempting to call this piece flawless. We can find no technical flaws on either side, and obviously NGC thought the same.” It sold for $33,600, a sharp reduction from the $47,437.50 that it realized back in a 2011 Heritage auction. 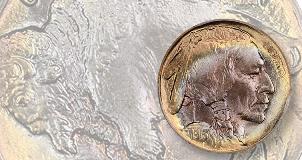 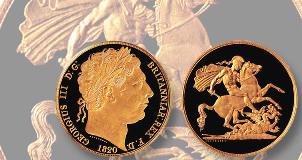 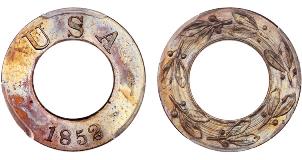