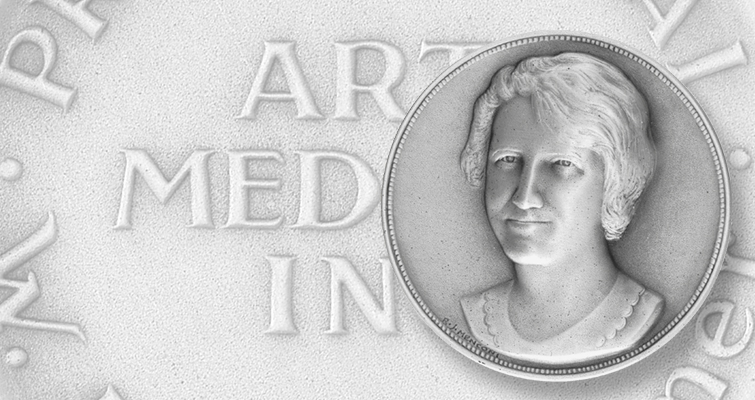 A Coin World reader came across this .999 fine silver medal with “Memorial Medal” and “Lovely Lady” on the lid of the presentation box. The medal, struck by Medallic Art Co., was issued by Presidential Art Medals Inc. in Englewood, Ohio. 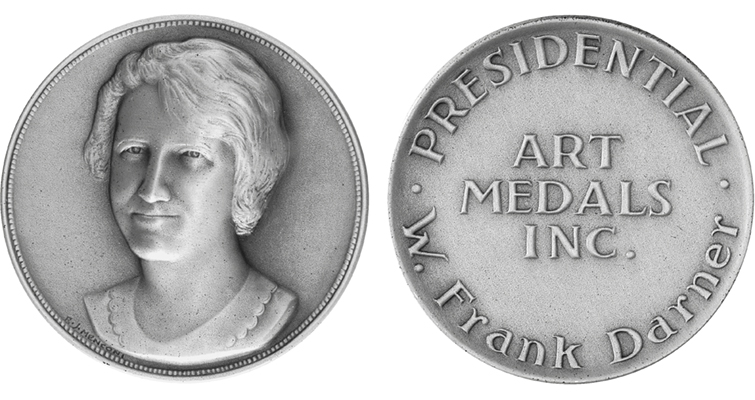 The woman whose portrait appears on the obverse of the silver medal illustrated is Annie Darner, wife of Presidential Art Medals principal W. Frank Darner.

A reader, who asked to remain unidentified, came across this .999 fine silver medal with “Memorial Medal” and “Lovely Lady” on the lid of the presentation box. The medal, struck by Medallic Art Co., was issued by Presidential Art Medals Inc. in Englewood, Ohio.

It’s not often that a reader seeks information on a relatively obscure numismatic topic that’s previously been discussed.

Numismatist and medallic art specialist David T. Alexander, who pens the monthly column “The Research Desk” for the second issue of Coin World every month, examined a bronze example of the same 32-millimeter medal for his Oct. 14, 2013, column.

Alexander explains the medal was struck by Medallic Art Co. in 1964 when the firm was located in New York City. The medal was designed and engraved by well-known sculptor Ralph J. Menconi, whose signature R.J. Menconi appears along the bottom border of the obverse, to the left of the woman’s portrait.

The example of the silver medal illustrated with this article is serial-numbered 34 incuse on the edge.

The medal’s reverse includes the inscribed name of W. Frank Darner, a Dayton, Ohio, coin dealer and one of the four founders of Presidential Art Medals.

According to Alexander in his Oct. 14, 2013, column, “Although the woman’s identity was never publicly disclosed, [R.J.] Harper [another of the four Presidential Art Medals co-founders] told this columnist in 1974 that the mystery piece was called the ‘Lovely Lady Memorial Medal,’ and was struck in 1964 in honor of the late Annie Darner, wife of W. Frank Darner. She had died decades earlier, and her grieving husband never remarried.”

Alexander said via email Sept. 9, 2015, that he also confirmed the Annie Darner identification with the Darners’ son, W. Whitley Darner.

The silver version is likely valued more for its silver content than for its numismatic value. The medal contains nearly 1 ounce of pure silver. With the spot price of silver between $15 and $16 an ounce, such a medal could likely be obtained for less than $20.