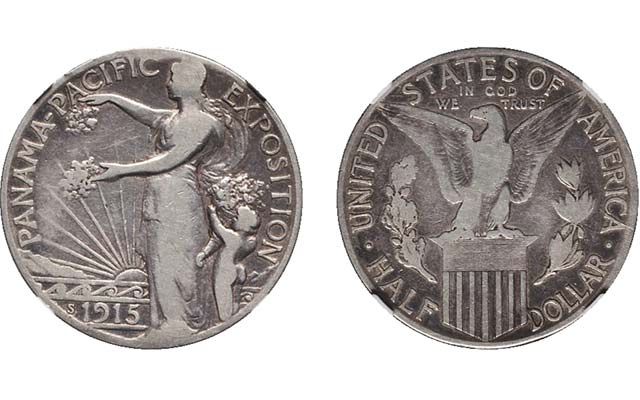 Despite a relatively low distribution of 27,134 pieces, this issue is found in lightly circulated grades with some frequency. The gorgeous obverse design by Charles E. Barber depicts the goddess Columbia. Combined with George T. Morgan’s handsome reverse, it is a collector favorite.

It’s also expensive with Mint State representatives starting at around $500. This example, graded Very Good 8 by Numismatic Guaranty Corp., is about the least expensive example one can find. It sold for $152.75 at a Feb. 10 Heritage auction. NGC has graded just one in this grade and Professional Coin Grading Service has graded just two examples in Very Good 8.

Another example graded NGC Very Fine 20 sold for $141 at a March 8 Heritage auction.