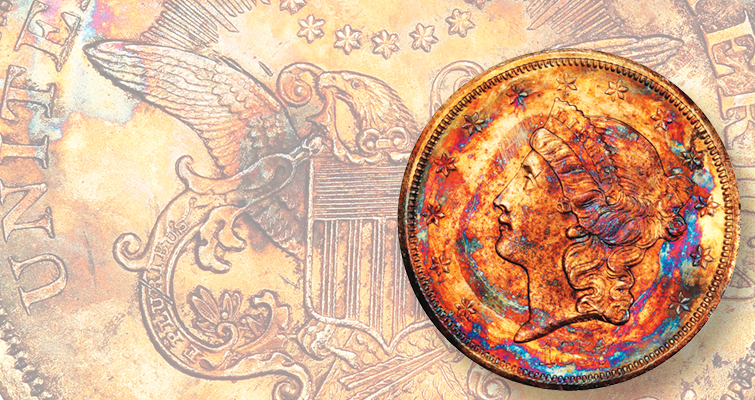 The California Gold Marketing Group is expected to begin this spring with marketing for the gold coins, ingots and dust salvaged in 2014 from the 1857 wreck of the SS Central America. 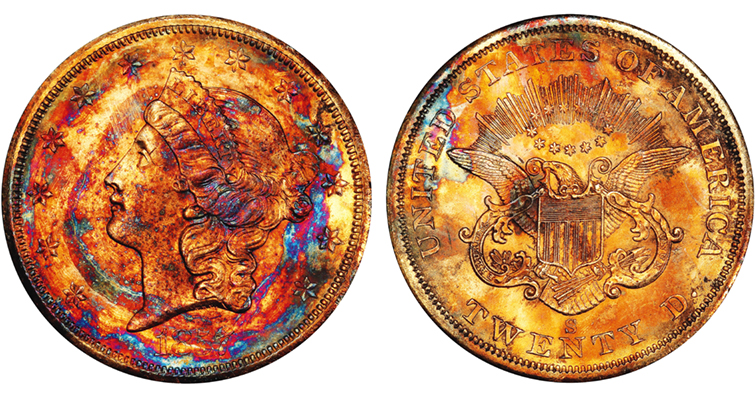 This 1857-S Coronet gold $20 double eagle recovered from the SS Central America in 2014 displays spectacular toning after 157 years at the bottom of the Atlantic Ocean. PCGS co-founder David Hall declared: “I’ve never seen a gold coin like this in over 50 years of being involved in numismatics.” 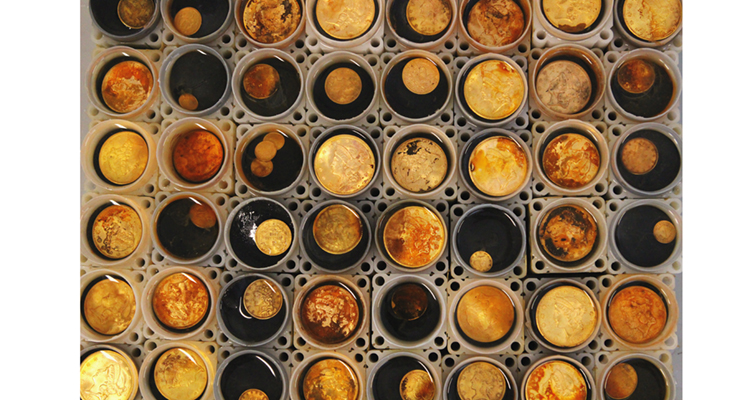 These are some of the more than 3,100 gold coins and 10,000 silver coins recovered from the SS Central America in 2014 that were placed in storage tubes and sealed in 38 containers. This photo was taken Jan. 10, 2018, at PCGS headquarters, where the first container was opened soon after ownership of the fabled treasure was formally granted to the California Gold Marketing Group. 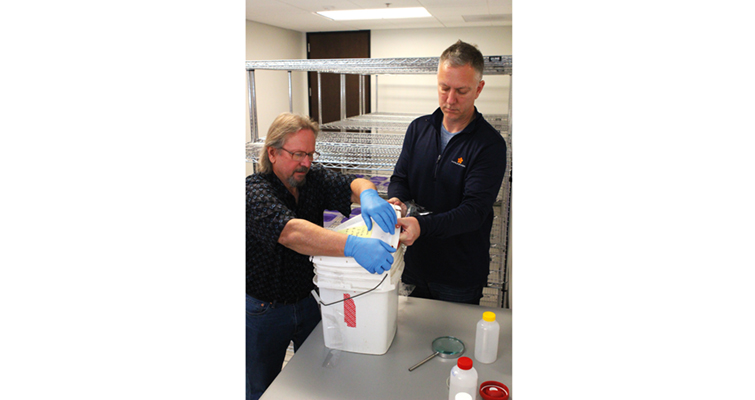 Bob Evans, left, and Dwight Manley, California Gold Marketing Group managing partner, on Jan. 10, 2018, at PCGS headquarters in California are shown carefully opening the first of 38 sealed containers of SS Central America treasure that recently moved there after being held in secure storage in Florida since June 2014. 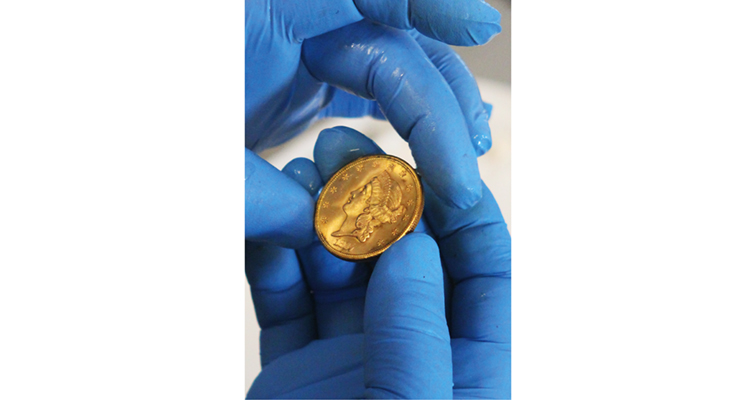 One of the 1857-S Coronet double eagles recovered from the Central America in 2014 is shown here immediately after its removal Jan. 10, 2018, from the storage tube where it was housed for more than three years. 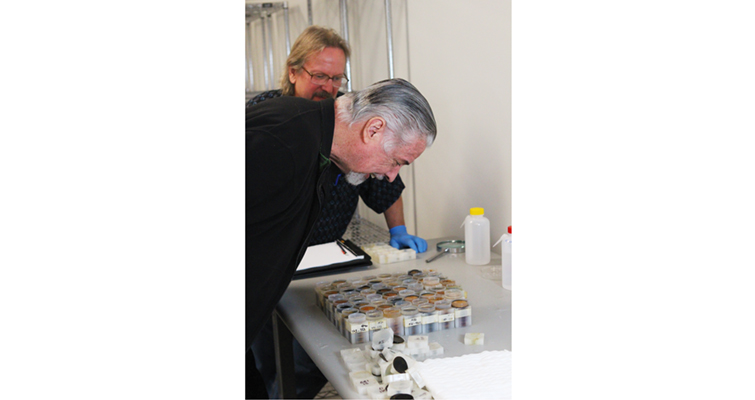 After its recent transfer to California, David Hall, in January of 2018, examines some of the treasure recovered from the SS Central America in 2014. 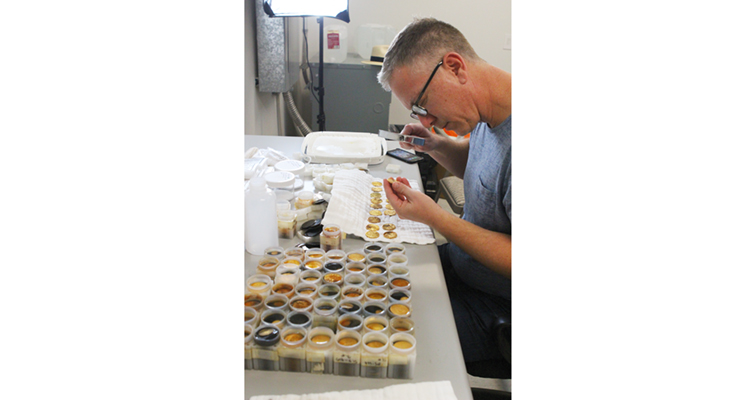 Dwight Manley, managing partner of the California Gold Marketing Group, examines Central America coins on Jan. 10, 2018, soon after an Ohio court formally granted the group possession of the treasure recovered from the Atlantic Ocean in 2014. 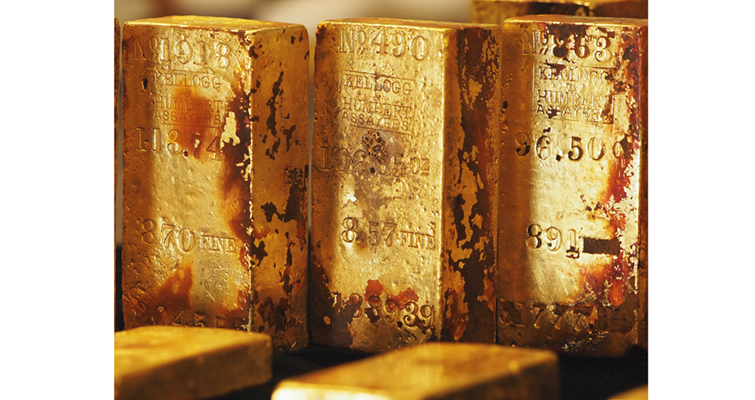 Illustrated are some of the 45 historic Gold Rush-era ingots recovered from the SS Central America in 2014. 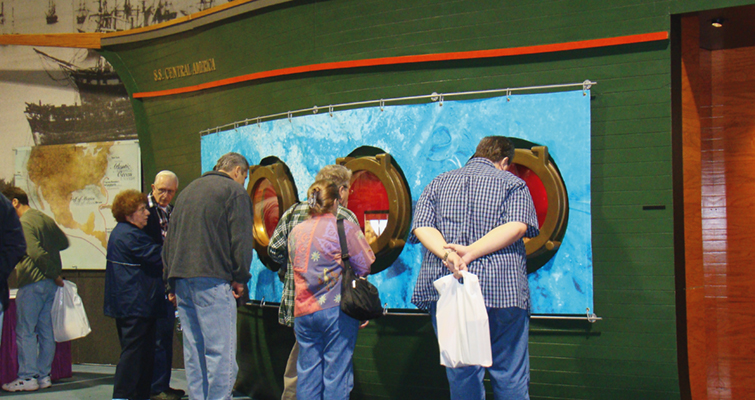 Some of the approximately $40 million worth of never-before-exhibited Gold Rush sunken treasure recovered from the SS Central America will be displayed in the portholes of the Ship of Gold at the February 2018 Long Beach Expo. 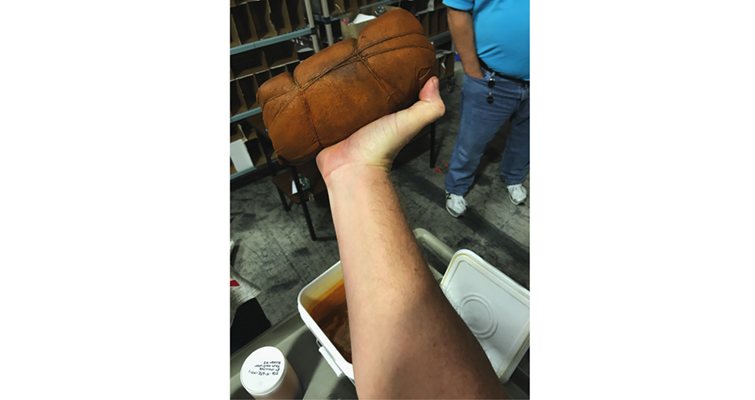 Unopened since at least 1857, this large, hand-sewn sack of gold dust, known as a poke, held by Dwight Manley, was discovered in a saddlebag in an SS Central America safe during the 2014 recovery expedition. 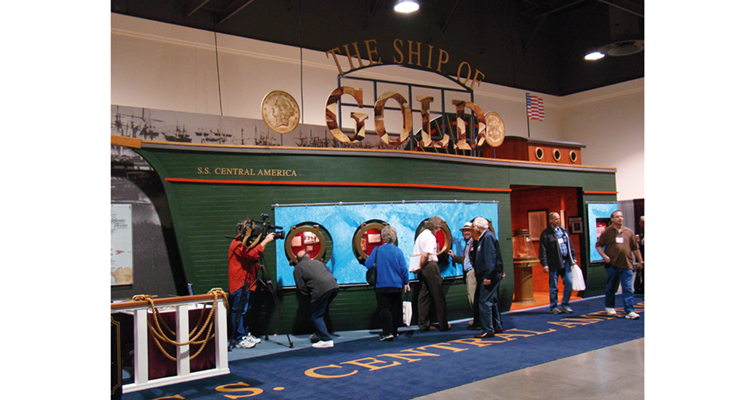 The popular Ship of Gold exhibit returns to the February 2018 Long Beach Expo, this time with a first public display of a portion of the the $40 million California Gold Rush sunken treasure recovered from the SS Central America in 2014.

Treasure, primarily in gold, sal­vaged in 2014 from the SS Central America by Odyssey Marine Exploration Inc. will be put on public display Feb. 22 to 24 at the Long Beach Coin, Currency, Stamp & Sports Collectible Expo in California.

This will be the first public display of a portion of the historic gold and silver coins, gold ingots and unopened sacks of treasure gold dust recovered during the 2014 expedition to the Atlantic Ocean site where the Gold Rush-era cargo was lost at sea 161 years ago. The California Gold Marketing Group LLC acquired the treasure in a court-approved transaction this past November, and will be displaying the legendary trove for its first public view.

“The story of the SS Central America, its cargo, its lost passengers and crew and its survivors is a historic moment in American history, and the recovered items are a time capsule of the great California Gold Rush,” said Dwight Manley, managing partner of the California Gold Marketing Group. “For insurance purposes, we’ve estimated the display’s value at $40 million, but these extraordinary treasures are priceless.” Manley has estimated the total value of the 2014 treasure at $50 million. The group paid $30 million for the treasure recovered in 2014.

This is the second edition of treasure displayed from the downed ship, the first being mounted as the “Ship of Gold” exhibit more than 15 years ago, as California Gold Marketing Group marketed treasure salvaged from the shipwreck site during the late 1980s by Columbus-American Discovery Group. That treasure was valued at more than $100 million and was quickly dispersed into the numismatic marketplace.

The exhibit will use the original Ship of Gold exhibit hardware but all of the treasure that will be displayed in it in Long Beach in February will be never-before-exhibited coins, ingots, gold dust and other items discovered and retrieved in 2014.

A 280-foot-long, three-masted side-wheel steamship, the SS Central America carried tons of California gold that had been shipped from San Francisco to Panama, on its way to New York. Voyaging from Aspinwall (now Colón), Panama, to New York City in September 1857, the ship sank in a hurricane. The shipwreck site and the gold were discovered off the Carolina coast, more than 7,000 feet below the surface of the Atlantic Ocean, in September 1988.

Housed in a 40-foot-long re-creation of the famous ship’s hull, the Ship of Gold exhibit originally debuted at the February 2000 Long Beach Expo to display a portion of the vast treasure from the first SS Central America recovery operations. That exhibit subsequently was seen over the years by millions of people across the United States and overseas.

Robert D. Evans, the chief scientist on the 1980s mission that first located and recovered a portion of the fabulous sunken treasure and who also assisted with the 2014 recovery, will be at the exhibit Feb. 22 to 24 each day during the show to meet with visitors.

This latest display will showcase many of the 3,100 gold coins, more than 10,000 silver coins and 45 gold ingots that have been held in secure vaults since they were retrieved from the ocean floor four years ago. All the coins are now being certified by Professional Coin Grading Service.

“The exhibit also includes a type of historic SS Central America items never before displayed: leather satchels filled with more than 1,000 ounces of 1857 California gold dust that were recovered from a safe on the sunken ship,” exclaimed Manley. The gold dust is contained in the original pokes, hand-sewn sacks, that remained sealed since 1857 or earlier.

“This is truly an international discovery. In addition to all the United States coins, the trove includes many coins from around the world, including two Australian gold sovereigns struck in Sydney in 1855 and 1856, and both are the finest known. There also are gold coins from France, including a Napoleon 20 francs, British gold sovereigns of Queen Victoria, Mexican eight escudos, Netherlands ducats, Dutch guldens and Peruvian gold, too,” Manley said. According to PCGS, “Over 7,000 gold coins were recovered in 1988. The first group of coins were conserved and graded by PCGS in the late 1990s. The second trove consists of about 3,100 coins, including additional 1857-S $20s as well as a wide variety of other coins such as $1 Gold pieces, $3 Gold, Quarter and Half Eagles, Eagles, and Territorial Gold. CGMG’s Chief Scientist Bob Evans will be exclusively restoring the coins. After conservation, PCGS will be authenticating these almost-pristine pieces of numismatic history. Expected completion and release to the public is Spring of 2018.”

On Jan. 9, 2018, the California Gold Marketing Group received Ohio court approval and formally took possession of the treasure recovered in 2014 from the SS Central America. The treasure had already been transported from Florida to the Professional Coin Grading Service headquarters in California, but remained in 38 unopened containers that were sealed in June 2014. 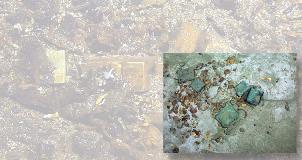 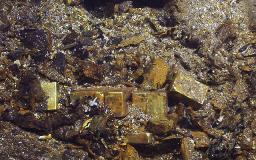 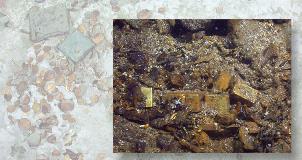