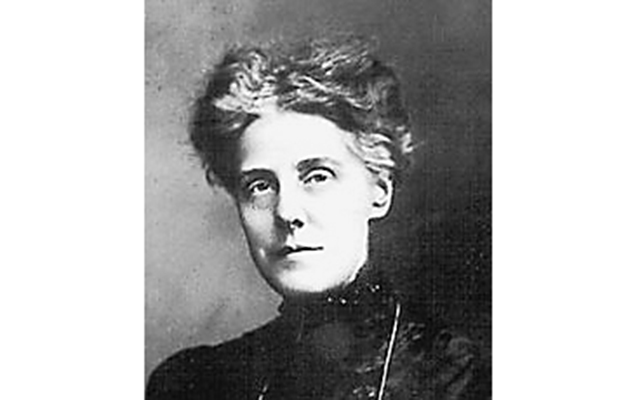 Anna Jarvis of West Virginia is considered the founder of the modern Mother’s Day holiday.

The Senate is reviewing legislation authorizing the striking and issuance of 400,000 silver dollars in 2018 to commemorate Mother’s Day.

The centennial of the federal recognition of Mother’s Day is in 2014.

A similar bill, H.R. 1905, was introduced May 9, 2013, calling for the same number of coins to be issued in 2014 to mark the centennial of the designation of the second Sunday in May as Mother’s Day.

The Senate bill acknowledges the work of Anna Jarvis, of Webster, W.Va., considered the founder of the modern Mother’s Day.

According to the legislation, Jarvis “dedicated much of her adult life to honoring her mother, Ann Maria Reeves Jarvis, who passed on May 9, 1905. In 1908, the Andrews Methodist Episcopal Church of Grafton, WV, officially proclaimed the third anniversary of Ann Maria Reeves Jarvis’s death to be Mother’s Day.”

On May 9, 1914, President Woodrow Wilson issued a presidential proclamation directing “government officials to display the American flag on all government buildings and inviting the American people to display the flag at their homes on the second Sunday of May as a public expression of the love and reverence for the mothers of our nation.”

The new Senate legislation directs that the coin design be emblematic of the celebration of Mother’s Day and that the Treasury secretary would select the final design after consultation with the Commission of Fine Arts and review by the Citizens Coinage Advisory Committee.

If the legislation is approved by Congress and signed into law by the president, silver dollars in both Uncirculated and Proof qualities would be issued beginning Jan. 1, 2018. The legislation mandates no more coins would be struck after Dec. 31, 2018.

Each coin would bear a $10 surcharge. The legislation specifies that 50 percent of the surcharge total would be given “to the St. Jude Children’s Research Hospital for the purpose of furthering research funded by the hospital” and the remainder to the “National Osteoporosis Foundation, for the purpose of furthering research activities and research funded by the foundation.”

The legislation was referred to the Senate Banking, Housing and Urban Affairs Committee.