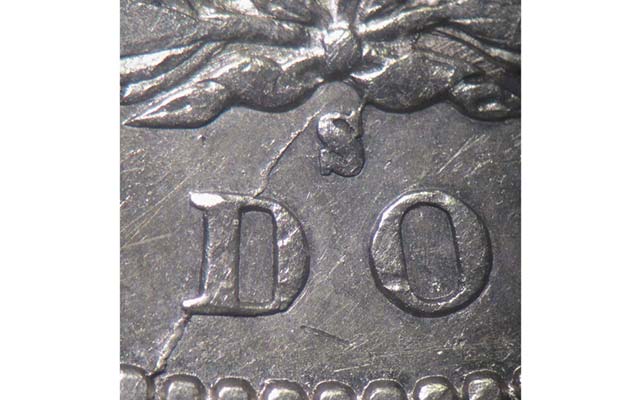 The VAM-1A 1895-S Morgan dollar is instantly recognizable by a long break through the D of DOLLAR. 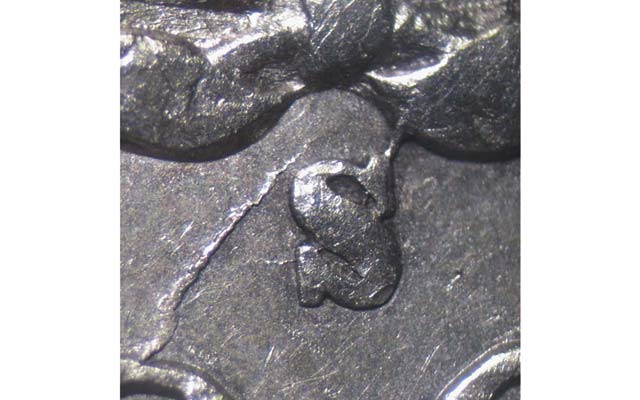 Closer examination of the VAM-1A 1895-S dollar reveals a branching crack through the Mint mark. 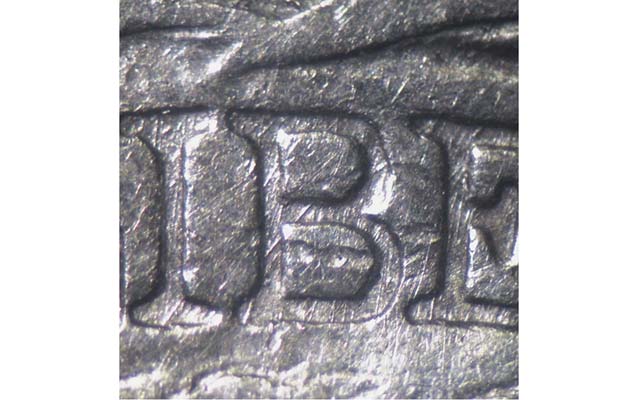 The variety’s obverse is somewhat unremarkable, but may be identified by a pattern of die scratches in the letters of LIBERTY. 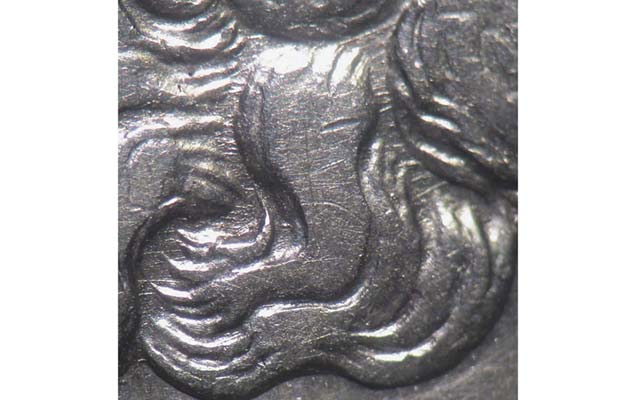 The scratches in the gaps in the lower hair can provide further confirmation for examples in an earlier die stage.

Individuals familiar with the Comprehensive Catalog and Encyclopedia of Morgan & Peace Dollars by Leroy Van Allen and A. George Mallis know the 1895-S Morgan dollars have two dramatic repunched Mint mark varieties, the VAM-3 and VAM-4 dollars. These two RPMs are fairly common among examples of this date. With a comparatively low mintage of 400,000, the 1895-S Morgan dollar is considered one of the better dates in the series.

In June 2004, a pair of Morgan dollar variety specialists, Tim Cannard and Dennis Halladay, were pleasantly surprised to find a strong die break on the reverse of an example in Halladay’s collection.

Their find, now known as VAM-1A, can be spotted by the naked eye. It is instantly identifiable by its distinctive break, which begins at the rim, passes through the dentils, jogs through the D of DOLLAR, and then forks through the Mint mark, reaching the wreath.

The obverse is fairly nondescript, but it exhibits patterns of die scratches in the letters of LIBERTY and in gaps in the lower hair. These obverse markers are in protected areas and will stand up to a moderate degree of circulation. While unnecessary for attribution of an example with the clear reverse break, they would help identify an example of this exact marriage in an earlier die stage.

The VAM-1A 1895-S Morgan dollar is far more rare than its better known counterparts. Both of the RPM varieties are represented by several hundred pieces. Despite being known for over a decade, and having a main feature that easily lends itself to cherrypicking, even in auction photographs found online, only 10 confirmed examples of VAM-1A are known.

The finest known example is graded and certified as Extremely Fine 45. A pricing history has yet to be firmly established, but a strong premium should be expected.