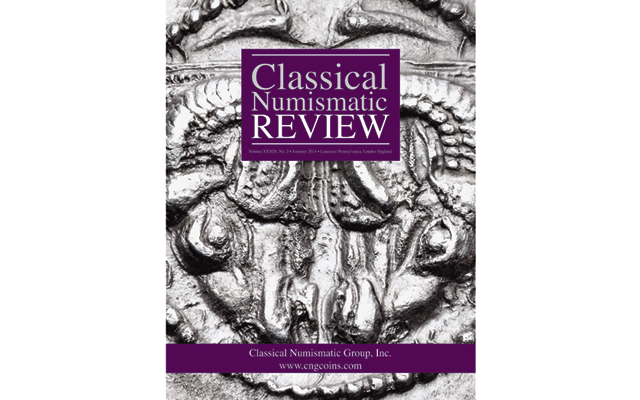 The second issue of Classical Numismatic Review has recently been published.

The digital publication was revived by Classical Numismatic Group and Nomos AG earlier this year, and the auction firms plan to issue it three times a year. Among its content, the publication features articles, announcements and a fixed-price list.

The venture is an outgrowth of a fixed-price list that both firms have issued for the past six years.

The Classical Numismatic Review was published until the summer of 2002, when it was replaced by CNG’s website. The Review is the successor publication to the Historical Coin Review, published by Victor England Ltd., before England and Eric McFadden formed CNG in 1990.

The revived Classical Numismatic Review offers a digital catalog of coins for sale, combined with articles, announcements and more.

It will be published in April, July and October, and through the newsletter, CNG intends to offer material to fit the budget of collectors of all levels.

This month’s edition features one of fewer than a dozen examples known of the famed tridrachms of Delphi, in Phokis. The coin was found in the 1969 Asyut Hoard, which included seven examples of the rarity (including five with test cuts, a feature not found on this example).

The tridrachms of Delphi are among the most historically interesting and important of all Greek coins, according to the auction firms. The design is a reference to a Greek victory over the Persians at Plataea in 479.

The world coin section contains a pattern French 5-franc coin from 1858 upon the establishment of the Second Republic.