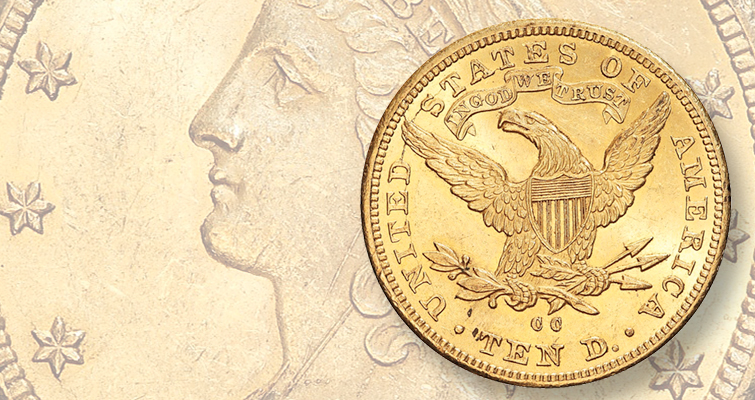 What is now the second-finest known 1884-CC Coronet gold $10 eagle was submitted as bullion with 13 other gold coins to PCGS’s Europe office in Paris.

PCGS reports the 1884-CC Coronet gold eagle was graded and encapsulated by the grading service as Mint State 62+. The newly found gold eagle is exceeded only by a PCGS Mint State 63 example certified in 1999 as part of the Harry W. Bass Jr. Collection.

The reported Carson City Mint production of gold eagles dated 1884 was 9,925 coins, and PCGS CoinFacts estimates that only 300 coins from that production survive; several apparently have been submitted several times for recertification.

Mint State examples are rare since most of the coins entered circulation.

Hundreds of thousands of United States gold coins were shipped to Europe during the 1930s to settle debts, with a large portion going into the gold reserves of France. France was still on the gold standard in 1936, three years after the United States removed itself from the standard.

France had held a large portion of its gold reserves in the United States, in the form of U.S. gold coins, which it repatriated to boost reserves at home.

In the decades since, U.S. gold coins have been returned to American soil frequently, often resulting in discoveries of coins with tough to find dates and Mint marks. 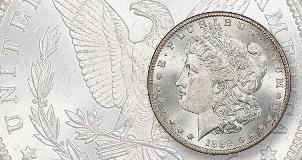 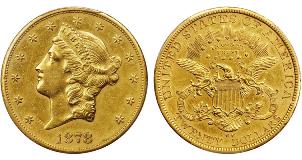 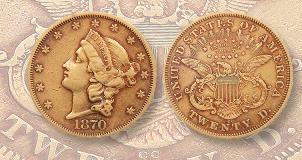