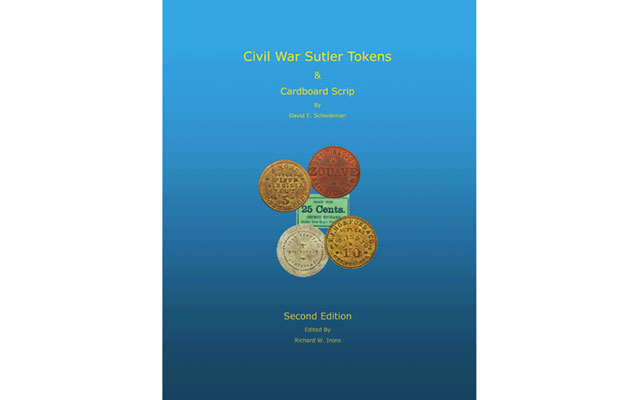 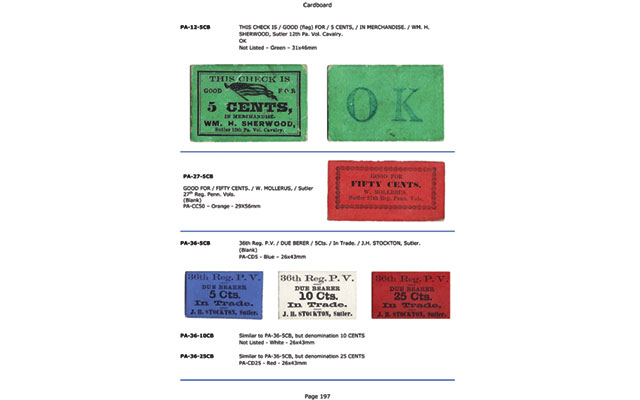 Illustrated page of new edition provides images and details the denomination, issuer and where the scrip was used by military personnel. 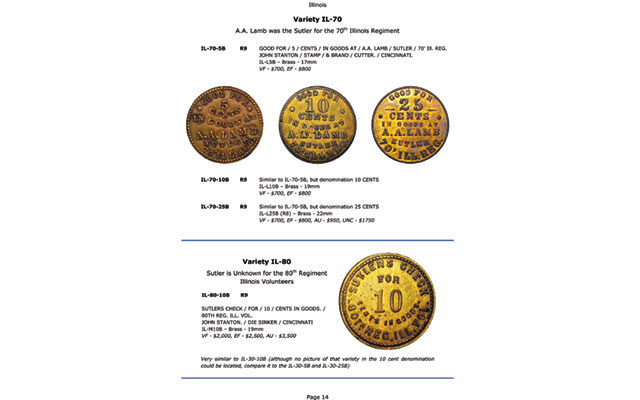 The first edition was published in 1983.

After more than 30 years since the publication of the first edition, Irons said he pursued the second edition when he learned Schenkman was not preparing a follow-up edition.

Sutlers were civilian merchants who sold provisions to an army in the field, in camp, or in quarters. Sutlers sold wares from the back of a wagon or a temporary tent, traveling with an army or to remote military outposts. Tokens and scrip were issued by the sutlers between 1861 to 1864 for use as small change.

The second edition of Civil War Sutler Tokens & Cardboard Scrip has large color pictures including at least one denomination of every variety, except for a few non-local’s (now called Unidentified) that haven’t been seen since the first edition, Irons said. The new edition details many new varieties as well as additional denominations for known varieties. An index details the regimental units for which the tokens and scrip were used.

Steve Hayden is the Rarities and Valuations Editor — a number of rarity estimations have been changed, with adjustments both higher and lower — and almost all the varieties now have estimated valuations. Revised rarities and valuations were developed by Hayden from his database of more than 3,000 sutler token transactions over the last 20 years along with notes kept by Steve Tanenbaum while compiling his extensive collection of sutler tokens.  Also, many of the pictures are of tokens from the Tanenbaum Collection.

For further information or if someone wants to pay using PayPal they can email Irons or visit his website.

The website will also be used to correct any errors found in the book, list updates of new tokens discovered after the book is published and to post research on sutler tokens.