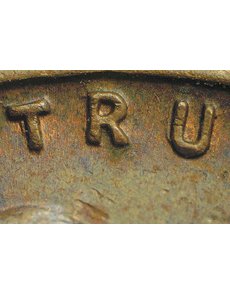 A 1947 Lincoln cent from Richard Miller shows doubling on the left side of the TRU in TRUST. 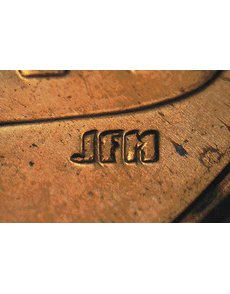 The verticals of each letter in the designer’s initials JFM are three times the normal thickness on this 2013 cent submitted by Joseph Koelling. 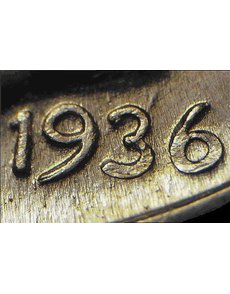 John S. Gillilan submitted a 1936-D Winged Liberty Head dime that shows nice doubling to the lower 9 in the date. 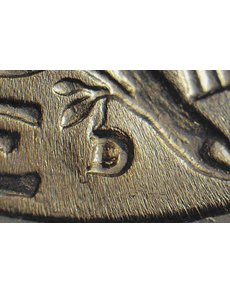 Coin World readers continue to search their U.S. coins for die varieties. This month’s installment of this column features four new listings for my files.

An additional partial extra eyelid can be seen east of the normal eyelid. This one is now listed as 1947 1¢ WDDO-007 in my files. Coppercoins added the variety to their files as 1947P-1DO-006 and the Combined Organizations of Numismatic Error Collectors of America listed the variety as 1947 1¢ 5-O-IV+VIII.

A 2013 Lincoln cent from Joseph Koelling has a remarkable doubled die reverse. Strong extra thickness shows on the lower letters in OF AMERICA and the designer’s initials LB and JFM. Distortion shows on the incuse letters of E PLURIBUS UNUM. It is easiest to spot this one on the initials JFM where the verticals of each letter are three times the normal thickness. I have this one listed as 2013 1¢ WDDR-001 and Coppercoins lists it as 2013P-1DR-001. The variety shows that doubled dies are still coming out of the U.S. Mints. Who will report the first 2014 doubled die variety of any denomination?

John S. Gillilan has a passion for Winged Liberty Head dimes and submitted a 1936-D dime with two different varieties. The obverse has a previously unlisted doubled die while the reverse has a strong repunched Mint mark variety.

The RPM variety is described as a D/D North. With RPMs the given direction is the direction one moves in to get from the primary or stronger punch to the secondary or weaker punch. I now have this RPM listed as 1936-D 10¢ WRPM-005 while CONECA lists the RPM as 1936-D 10¢ RPM #4.