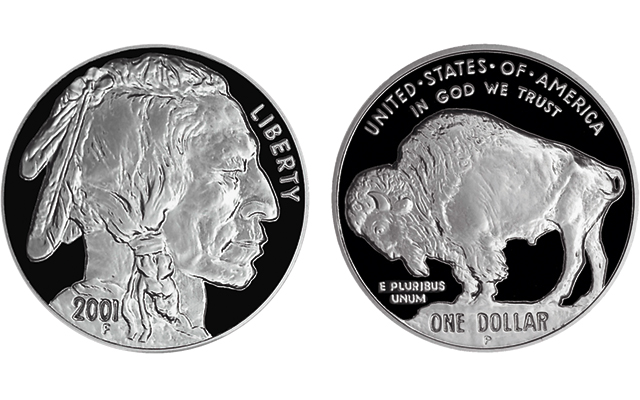 The success of the 2001 American Buffalo silver dollar, which sold out in two weeks, most closely parallels the 2014 Baseball silver dollar.

Sales of the 2014 National Baseball Hall of Fame silver dollar exhausted the coin’s authorized mintage limit of 400,000 within the first two weeks of sale. But how rare an event is a commemorative sellout, and will this coin hold collector interest over the long term?

The first commemorative dollar to sell out was the 1992 White House dollar. The appeal of this coin came largely from its low authorized mintage, which at 500,000 pieces was the lowest of any dollar in the modern commemorative series. In the age of phone and mail orders, the sellout wasn’t announced until 10 weeks after the release. Many collectors were shut out and were furious to find the coin only available in the secondary market.

In 1994, the 1743-1993 Thomas Jefferson dollar was issued with an authorized mintage of 600,000 and sold out in just five weeks. Sales of the dollar were buoyed by the Mint’s offering of a wildly popular Coin & Currency set that presented a Matte Finish 1994-P Jefferson 5-cent coin along with the commemorative silver dollar.

Both the White House and Jefferson dollars fell out of favor in the late 1990s when collector interest in commemorative coins dissipated, and the premiums associated with these issues evaporated.

It wasn’t until 2001 that the Mint had another sellout success. The American Buffalo dollar reimagined James Earle Fraser’s 1913 Indian Head 5-cent coin designs.

With an authorized mintage of 500,000, the standard by that time, it sold out in just two weeks. Because of its design, this coin remains among the most valuable and desirable of all modern commemorative dollars.

A run of sellout dollar commemoratives began in 2005. The Marines Corps dollar, the first coin to honor a single branch of the military, sold out its entire authorized 500,000-coin issue in a little over a month. For the first and only time, the Treasury secretary exercised his authority to expand the mintage of a commemorative issue, increasing it by 100,000 coins. Having met demand, the program took three months to sell out its new inventory.

The Mint sold all 500,000 silver dollars honoring Abraham Lincoln in 2009 in six weeks. The following year, it sold all 350,000 Boy Scout dollars in just five weeks. Today, both issues still trade for modest premiums over their issue price.

But since then, commemorative dollars have fared poorly.

Given the lackluster performance of these recent coins, the 2014 National Baseball Hall of Fame dollar stands out. The dollar’s unusual shape, moderately-sized authorized mintage of 400,000, and two-week sellout all suggest that it will most closely mirror the 2001 American Buffalo silver dollar and remain a hot item for the long term.