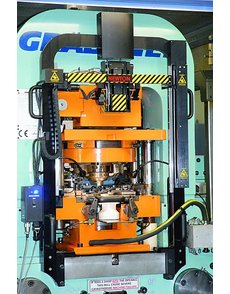 A Newton Press Die Inspection System mounted on the front of a Gräbener coinage press at the San Francisco Mint is being used to inspect for installation of the correct dies in the proper die alignment. 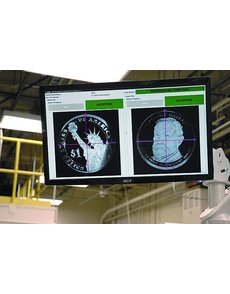 The inspection screen digitally scans the dies to ensure the proper dies are placed correctly in the hammer or anvil die position and are in proper die alignment before production begins. 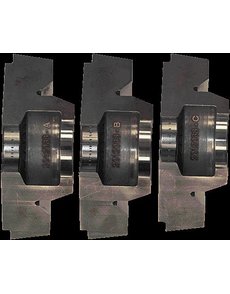 Each segment of the three-piece segmented collar die carries a different portion of the edge inscription, enabling the inscription to be formed during striking. Segment B, shown, carries one star followed by the motto E PLURIBUS UNUM. Segment A carries the raised date and Mint mark flanked on each side by two five-pointed stars. Segment C carries the remaining eight of 13 total stars. 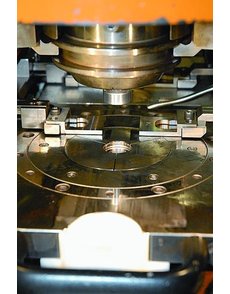 On the press, the upper, or hammer die, for the Proof Presidential dollars is the reverse, and the bottom, or anvil die, is the obverse. 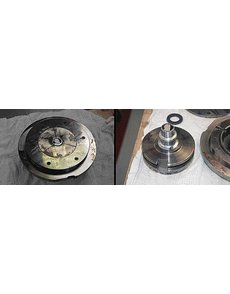 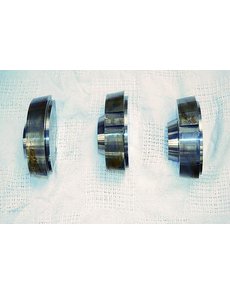 The three pieces of the segmented collar are coded by number of slots: having no slot, bottom; two slots, center; and one slot, top. The coding ensures that only one of each of the three collar segments is used and that they are properly seated in correct order in the die housing.

A prototype visual inspection system for dies is being tested at the San Francisco Mint that Mint officials say will eliminate production of errors resulting from wrong dies being mounted into a coinage press or dies oriented in the wrong position relative to each other.

When Coin World visited the production floor of the San Francisco Mint May 14, the Newton Press Die Inspection System was in use on a Gräbener coinage press striking Proof 2012-S Benjamin Harrison Presidential dollars for the four-coin 2012-S Presidential $1 Proof set.

The Newton system (www.newtonlabs.com/, located in Renton, Wash.) is intended to eliminate the possibility of rotated die errors from planchets being struck with dies that are out of orientation from obverse to reverse, according to Joseph Vasquez, a mechanical engineer in the San Francisco Mint’s coining division.

The inspection system will also eliminate any mule error possibilities, Vasquez said. A mule error is the result of a wrong pairing of dies in a coinage press.

The United States Mint has struck only a few mule errors. The most prominent mules recently produced are the Philadelphia Mint struck (2000)-P double-denomination mule errors that paired a State quarter dollar obverse die with a Sacagawea dollar reverse and were struck on manganese-brass clad dollar planchets on a press dedicated to dollar coin production. The coins have no date but carry denominational inscriptions on both sides.

Eleven examples are known of that style of mule error, from three different pairs of dies.

Vasquez said the Newton system will visually inspect a pair of dies and catch any defects before production.

The obverse and reverse coin art for the coin to be struck is digitally programmed into the system. Dies are mounted in the press and the visual inspection system scans the dies to ensure that the dies in the press match the programmed designs, Vasquez said.

The inspection system will also digitally scan the dies to ensure they are mounted in the correct location and oriented correctly, so that coins struck from them are oriented correctly from obverse to reverse.

Although the inspection system is currently being used only for dollar coin production, its use may be extended to other denominations, according to Vasquez.

The Proof Presidential dollars are being struck on presses with the dies striking vertically.

Vasquez said the dollar dies are mounted in the coinage press with the common Statue of Liberty reverse in the upper or hammer die position, and the Presidential portrait obverse die in the lower or anvil die position.

The edge inscription on the coins is imparted during striking by a three-piece segmented collar.

The three-piece segmented collar die carries different portions of the edge inscription, enabling the inscription to be formed during striking. Segment A carries the raised date and Mint mark flanked on each side by two five-pointed stars. Segment B carries one star followed by the motto E PLURIBUS UNUM. Segment C carries the remaining eight of 13 total stars.

The edge segments come together during striking to form the inscription, then spring apart to permit the coin to be ejected from the press with no damage to the newly formed inscription. The anvil die moves upward slightly to facilitate ejection of the coin.

A similar three-piece, segmented collar was used to form edge devices of the Indian Head gold $10 eagle and Saint-Gaudens gold $20 double eagle of the first half of the 20th century.

The three pieces of the segmented collar are coded by number of slots: having no slot, two slots and one slot. The coding ensures that only one of each of the three collar segments is used and that they are properly seated in correct order in the die housing, thus preventing an out-of-order edge inscription.

Using this system of slots is intended to prevent the kind of error that occurred in 2007. An unknown number of 2007-S Thomas Jefferson Presidential dollars were struck with two of the three edge collar segments out of sequence. The second and third segments were inadvertently switched, resulting in the edge inscription appearing in the wrong order: the date and Mint mark, the motto IN GOD WE TRUST and the legend E PLURIBUS UNUM. The order of the latter two segments should have been reversed, with E PLURIBUS UNUM appearing first, then IN GOD WE TRUST.

The edge inscription is placed on circulation-quality Presidential dollars in a different process. The inscription is added to struck coins as a separate production step. ¦