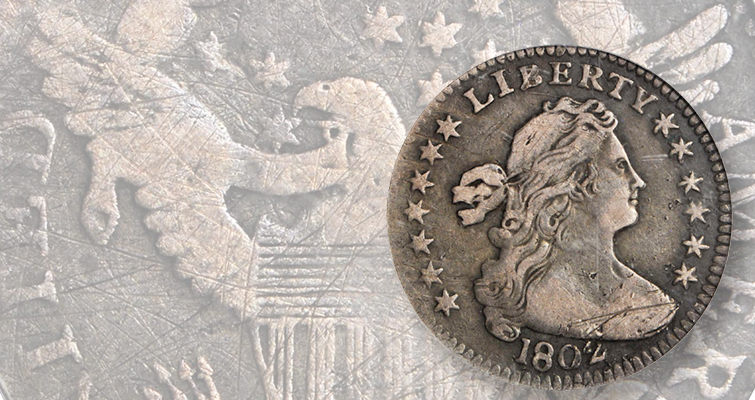 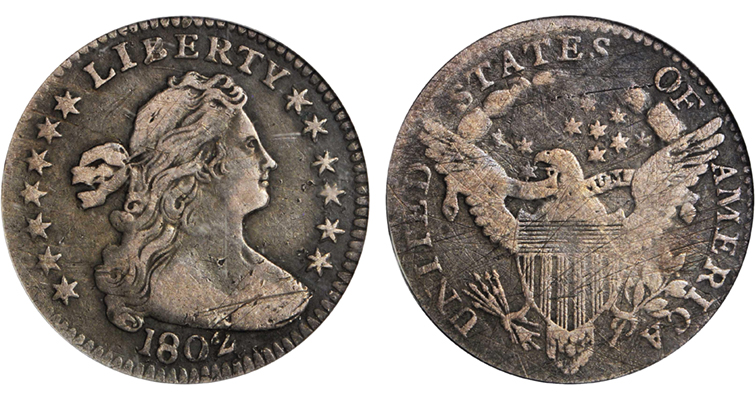 The reverse of this 1802 Draped Bust half dime has even charcoal and dove gray toning that serves to make some heavy marks on the obverse less visually jarring.

Problem-free is a relative term when applied to well-circulated examples of the 1802 Draped Bust half dime. This one, graded Very Good 8 by PCGS, is described as “Outwardly attractive,” with both sides “richly toned in a blend of original dove and charcoal gray.”

The 2014 auction catalog entry also notes, “There are few abrasions that we deem distracting to the unaided eye, although there are concentrations of pin scratches over Liberty’s bust on the obverse, as well as throughout much of the reverse. These typical and minor imperfections are old and toned over.”

On other, not-so-rare issues, the heavy scratches at Liberty’s bust might result in the coin receiving a details grade. But for these super-rare early issues such imperfections are more forgivable. This example was discovered in the late 1970s among a small accumulation of coins, housed in a leather pouch with a spring-loaded closure, that belonged to a local farmer on the upper Eastern shore of Maryland. It is called the February 2014 Americana Sale Specimen and listed on page 34 of Amato’s book. 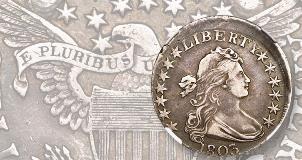 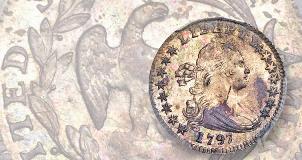 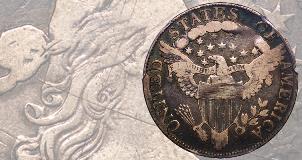