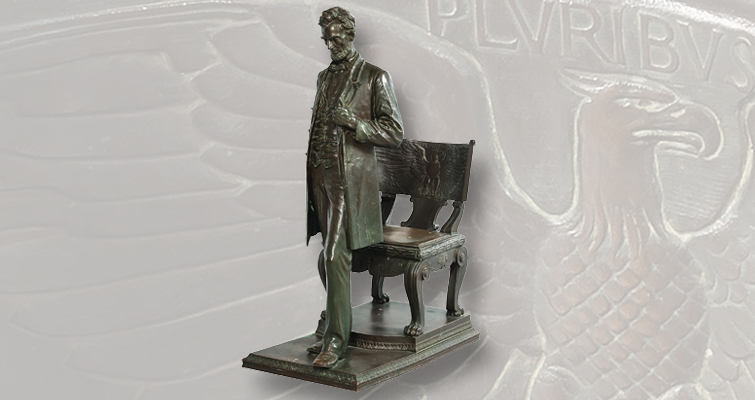 Augustus Saint-Gaudens’ 40-inch-tall bronze of a standing Abraham Lincoln sold for $1,152,500 at Skinner on Jan. 28. The eagle on the “Chair of State” is an early exploration of the eagles that Saint-Gaudens would use for his gold $10 and $20 coins in 1907. 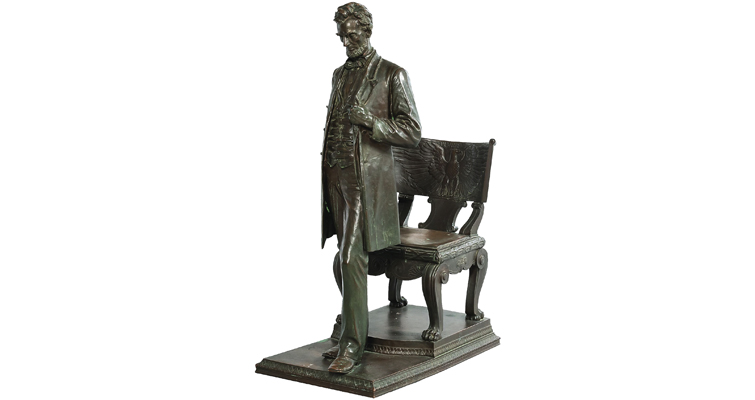 Skinner explained, “The casting of the reduced 40-inch versions of the Standing Lincoln was overseen by the artist’s widow, Augusta Fisher Homer Saint-Gaudens,” who began casting these in 1912 and “made approximately 17.” 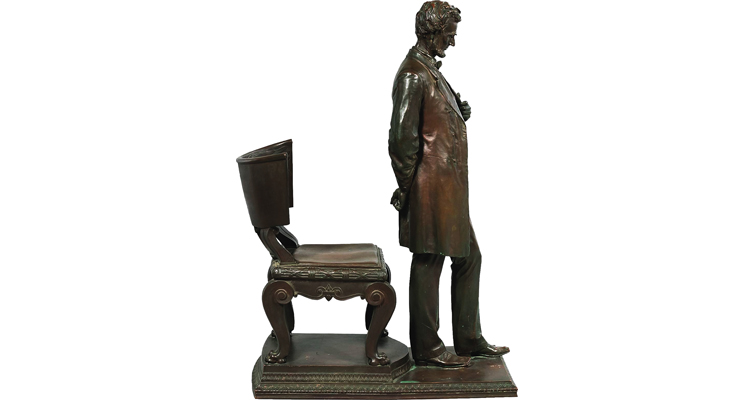 Casting of 17 examples of the statue was overseen by the artist's widow, and the pieces were offered throughout the 1910s priced at $1,500, then a high price for an American bronze sculpture 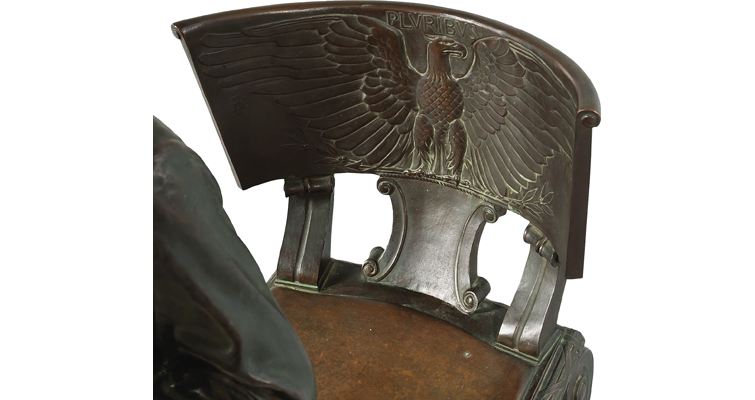 The oversized chair artistically emphasizes the power of the presidential office and the seriousness of the era, and gave Saint-Gaudens a chance explored an eagle design.

With his famed gold $10 eagle and $20 double eagle, American sculptor Augustus Saint-Gaudens bridges American art and numismatics at the turn of the century.

Boston auctioneer Skinner offered one of the sculptor’s most iconic sculptures, Abraham Lincoln: The Man (Standing Lincoln) at its Jan. 28 auction, and it surpassed expectations, realizing $1,152,500.

Saint-Gaudens died in 1907, and many of his works are in authorized posthumous casts, with this one carrying a copyright date of 1912.

Skinner explained, “The casting of the reduced 40-inch versions of the Standing Lincoln was overseen by the artist’s widow, Augusta Fisher Homer Saint-Gaudens,” who began casting these in 1912 and “made approximately 17.”

The cataloger added, “As an artist herself, she understood the complexities of the process, and fiercely oversaw the casts to be certain that they were of the highest quality. She utilized several of her husband’s studio assistants and used only the foundries that her husband had trusted to cast his works. She was careful to distinguish the casts she oversaw by including the inscription ‘COPYRIGHT 1912 BY A.H. SAINT-GAUDENS’ on the back of the base.” The statue was priced throughout the 1910s at $1,500, then a high price for an American bronze sculpture.

The sculpture of a standing Abraham Lincoln was originally started in 1883 as a commission for a monumental work for Chicago’s Lincoln Park, and was based both on contemporary photographs of the president and Saint-Gaudens’ own brief recollection of seeing the president in New York around 1860. He recalled, “Lincoln stood tall in carriage, his dark uncovered head bent in contemplative acknowledgement of the waiting people, and the broadcloth of his black coat shone rich and silken in the sunlight.” These recollections, along with a local model of similar build, and life casts of Lincoln’s face and hands, informed the sculpture.

Of interest to collectors is the eagle on the back of Lincoln’s chair, which would be well-suited to a coin. Thayer Tolles wrote in a 2013 article for the Metropolitan Museum of Art’s Museum Journal, “The Chair of State was deliberately oversized to emphasize both the power of the presidential office and the gravity of the political moment, serving a symbolic rather than practical function,” with the frontal low-relief American eagle inspired by the Great Seal of the United States. Tolles summarized, “With the chair, Saint-Gaudens introduced a symbolism both national and timeless that would have been readily legible to viewers of the day.”

Soon after the auction, Skinner announced that the sculpture will go on public display in the Colby College Museum of Art as part of the collection of Peter and Paula Lunder, which was promised to the museum in 2007 and continues to expand with new acquisitions like the Saint-Gaudens sculpture. 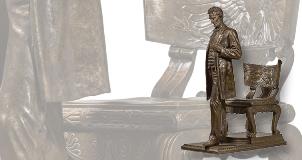 Another side of Saint-Gaudens 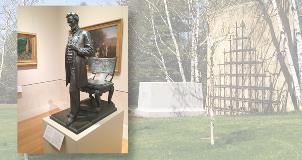