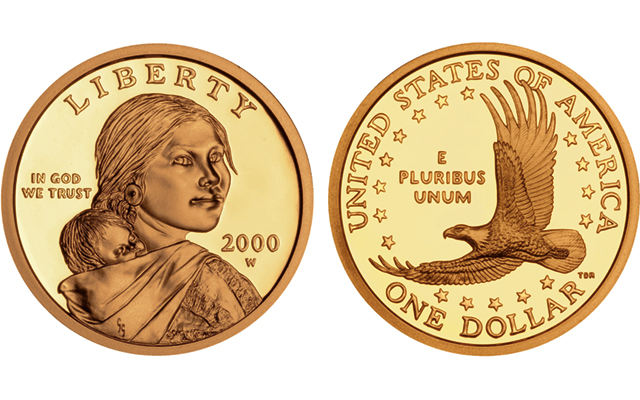 Did the United States Mint have the legal authority to strike Proof versions of the Kennedy half dollar in .9999 fine gold earlier this year?

The section Mint officials cite pertains to gold bullion coins. The legislative history suggests it was included to provide the Mint flexibility in producing American Eagle and other bullion coins specifically authorized in “positive” law (by specific legislation).

Congress has yet to weigh in regarding the legality of the gold version of the Kennedy half dollar.

It was a dramatically different story 15 years ago, when U.S. Mint officials struck and began preparing to sell a Proof 22-karat gold version of the Sacagawea dollar.

Philip Diehl, director of the U.S. Mint at the time, still believes the Mint had the authority to produce a gold version of the Sacagawea dollar. Recently he noted, “… The law authorized us to produce numismatic versions of the coin without specifying the metal. It certainly didn’t prohibit the use of gold. … In fact, as I recall, the law didn’t even specify the metal to be used in the circulating version of the coin because we had not yet determined the alloy that would be gold in color and match the electronic signature of the SBA.”

Members of the House subcommittee with oversight responsibility for the Mint and staff had a different take on Public Law 105-124 (United States $1 Coin Act of 1997). They agreed that the specific metallic composition of the new small dollar coin was not included, to give the Mint leeway to develop a clad alloy that could meet the requirements set forth in the law. But subcommittee staff who drafted the legislation insisted that there had been no provision for a .9167 fine gold version.

They also pointed out that the section providing for inclusion in numismatic sets referred only to the metallic content of the new dollar coin that would be struck for circulation.

It took the Mint nearly two years after the law was enacted to identify the manganese-brass alloy that would eventually be used for the circulating coin.

Thirty-nine Proof Sacagawea 22-karat gold dollar coins, dated 2000, were struck in June 1999 at the West Point Mint and 12 of the coins rode aboard the space shuttle Columbia, commanded by astronaut Eileen Collins in July 1999. Mint officials said the coins had been struck early so they could ride the historic flight as a way of paying tribute to the trailblazing feats of Sacagawea and Collins, the first woman to command a U.S. space flight.

Twenty-seven of the Proof Sacagawea gold coins were melted. The 12 that rode in space are currently locked away in the Fort Knox Gold Bullion Depository in Kentucky. No Proof Sacagawea 22-karat gold dollars have ever been sold.