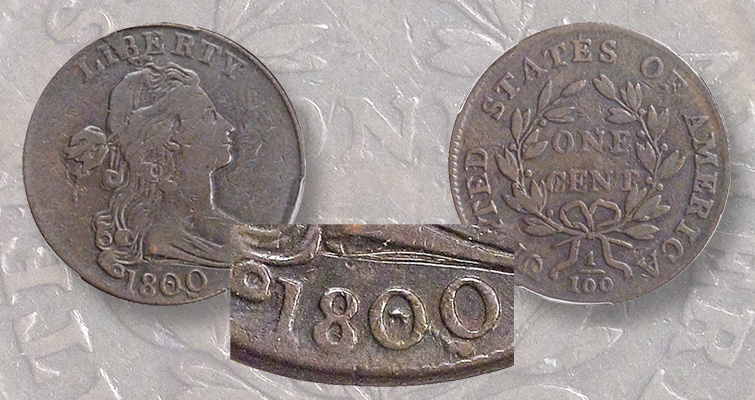 This VF-25 1800 Draped Bust cent, S-197, is nicknamed the “Q” variety because die chips at the first 0 in the date result in the digit resembling the letter. This example from the Padula Collection recently realized $780 in a sale by Heritage Auctions. 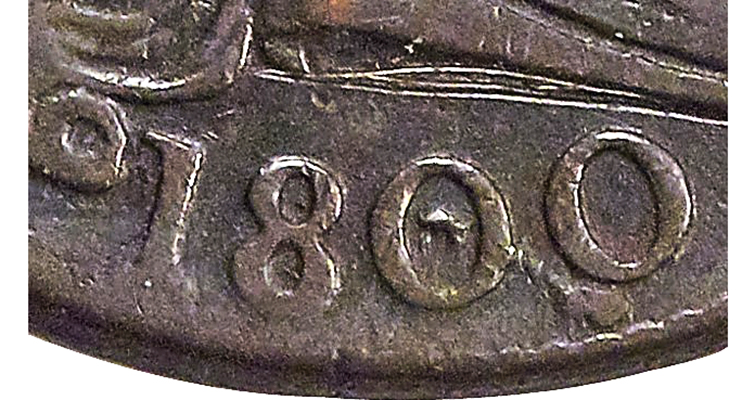 Closeup shows the 1800 Draped Bust “Q” variety large cent, with die chips at the first 0 in the date resulting in the 0 resembling the letter Q. 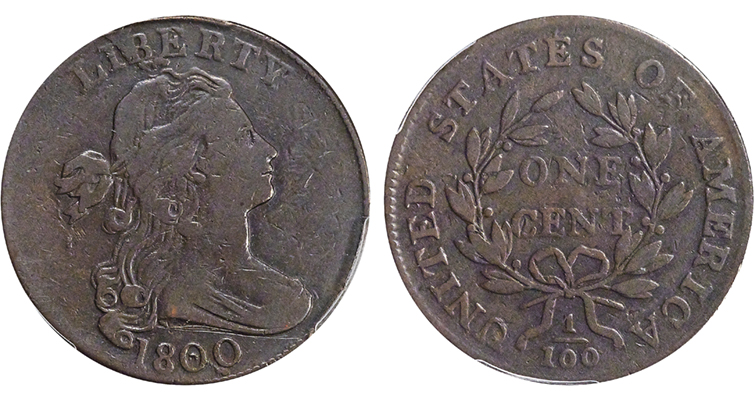 This VF-25 example of the 1800 Draped Bust cent, nicknamed the “Q” variety, was one of 32 1800 large cents offered from the Padula Collection, and brought $780 at a recent Heritage auction.

Many coin varieties have nicknames, like this 1800 Draped Bust cent, Sheldon 197, that is called the “Q” variety since there are die chips at the first 0 of the date that give it the rough appearance of the letter “Q.” Heritage observes that the example in the Padula Collection, graded PCGS Very Fine 25, has “well-blended scratches below the bust but otherwise smooth and pleasing surfaces.” It sold for $780, consistent with what a common example of this date would bring, since the variety, while popular, is readily available.

It was formerly part of the Robinson S. Brown Jr. Collection that sold at a 1996 Superior auction, and prior to that was owned by G. Lee Kuntz and Del Bland. Members of the club Early American Coppers love a coin with a provenance — an ownership history — that includes stints in prominent collections. After the Heritage sale in Long Beach, the Padula Collection will join this coin’s list of prominent pedigrees. 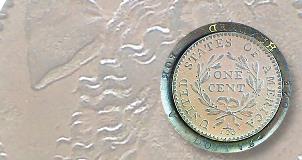 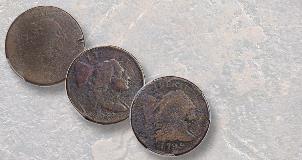 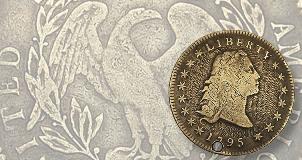