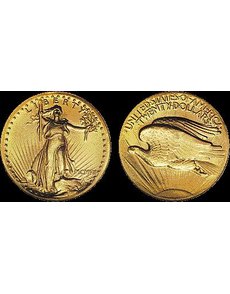 Saint-Gaudens gold $20 double eagle is considered by many to be the United States’ most beautiful coin design, which led to creative designs for nearly three decades. Images courtesy of HeritageAuctions.com. 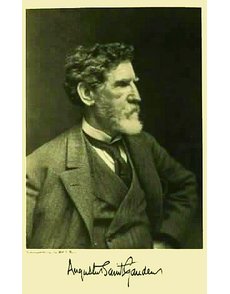 Roosevelt recommended Augustus Saint-Gaudens be asked to help improve the designs of U.S. coinage. Saint-Gaudens created new designs for the gold $10 and $20 although he would not live to see either coin be struck for circulation. Public domain image. 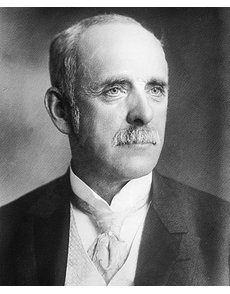 Secretary of the Treasury Leslie Mortier Shaw apparently kept the letter sent to him by President Theodore Roosevelt asking whether the quality of U.S. coinage could be improved. Library of Congress image. 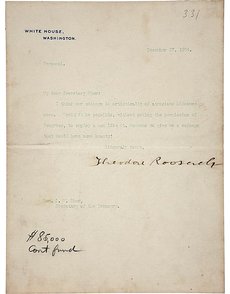 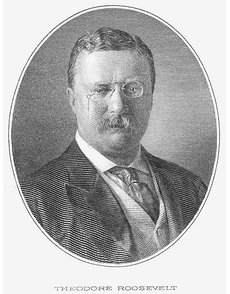 Bureau of Engraving and Printing image.

On Dec. 27, 1904, President Theodore Roosevelt wrote a personal letter to his secretary of the Treasury, Leslie Mortier Shaw:

“I think our coinage is artistically of atrocious hideousness. Would it be possible, without asking permission of Congress, to employ a man like Saint-Gaudens to give us a coinage that would have some beauty?”

This brief letter explained the president’s opinion about the art on current U.S. coinage, and asked if he could have someone like Augustus Saint-Gaudens redesign the coins. It was the “genesis” — the beginning — of the renaissance of American coinage design that produced new, modern, creative designs on U.S. circulating coins over the next generation.

The letter to Secretary Shaw has been often quoted, but the references have all been from a copy held by the Library of Congress. The original, delivered as personal mail and not official correspondence, has been hidden — until now.

After more than a century, the original letter signed by President Roosevelt has been discovered. Few documents of American numismatics come close to the importance of this letter.

Dated Dec. 27, 1904, the letter was written on White House stationery, marked “Personal,” and is addressed to “Hon. L. M. Shaw, Secretary of the Treasury.” Following this personal letter, a flurry of official correspondence and personal letters show how the medal and coin design project developed over the next two-and-a-half years.

According to Heritage Auctions, the letter was recently discovered in a group of letters and other documents signed by various presidents and notable Americans including Benjamin Franklin, William Henry Harrison and John F. Kennedy.

The group of letters, including this one signed by Theodore Roosevelt, was purchased in Long Island by a part-time book and manuscript dealer and collector.

Both seller and buyer were aware of the letter, and following the purchase, the buyer contacted Heritage Auctions due to its reputation in selling rare manuscripts as well as coins.

Heritage contacted John Reznikoff, a leading manuscript authenticator, appraiser and dealer, for his opinion on the letter.

Reznikoff had the following to say about the “genesis” letter:

“It’s not uncommon to see Presidential relics of this nature hit the open market. I’ve recently brokered a John Adams letter related to early coinage, a chunk of James Garfield’s personal library, the papers of Superintendent of the Mint James Kimball and even the majority of Truman’s Secretary of the Treasury John Snyder, which was purchased at Sotheby’s.

“This letter is obviously and overtly authentic and my personal inspection under great scrutiny confirms this. I’ve handled many Theodore Roosevelt letters but none has captured the bravado of his language more than this one; it invokes the word most associated with him: ‘Bully!’ ” Reznikoff said.

“If hypothetically limited to the manuscript market, this letter would command a significant premium. Only a coin aficionado, however, could properly place its import in the numismatics world. I suspect, on a bad day, it would transcend an autograph collector’s wildest dreams and, for a true coin guy, it’s one of the hobby’s Holy Grails.”

(Two years before his death on Jan. 6, 1919, Theodore Roosevelt gave to the Library of Congress a large body of his personal papers. Additional papers of Theodore Roosevelt — ID No.: MSS38299 — were given to the Library of Congress by Theodore Roosevelt and Edith Kermit Carow Roosevelt. Additional material was received by gift, transfer and purchase, 1939 to 2002. These papers were arranged, indexed and microfilmed in 1969. Subsequent additions were processed in three segments between 1979 and 2004. Material received from 1964 to 1983 was processed as Addition I between 1979 and 1983. Material received between 1986 and 1996 was processed as Addition II in 1997. Material received from 1999 to 2002 was processed in 2004 as Addition III. In 2009 the finding aid was expanded by including description of the main collection from the published index.)

No original of the Dec. 27, 1904, letter to Shaw is contained in any of the collections.

Dickenson State University and Dartmouth did not have the letter referenced in their collections. Morison and Blum include only the text in their reference. The Harvard collection includes originals of several letters written by Roosevelt on Dec. 27, 1904, and adjacent dates; however, these are items donated to the collection by their original recipients and not from Roosevelt’s files. Several letters show use of the same letterhead as on the genesis letter to Shaw.

The Library of Congress collection includes Roosevelt’s original press copy (“letter press”) books, and microfilm images of the pages. An image of the letter to Secretary Shaw appears on Microfilm Reel No. 336 at Page 22.

Overall, the letter in Heritage’s custody is consistent with Roosevelt’s press copy and agrees in form and material with other letters written during the late December period. I fully agree with Reznikoff that it is entirely original.

The genesis letter was obviously received by Secretary Shaw. He quickly responded to Roosevelt’s comments and followed up with other correspondence. Because the letter was personal in nature, and clearly marked as such, it would likely have been placed in Shaw’s personal papers, not official government correspondence. This was and remains a commonplace approach to such documents.

Beyond this basic material, we know nothing about the letter’s location until it was discovered by the Long Island manuscript dealers.

The genesis letter to Secretary Shaw is the original as signed by President Theodore Roosevelt. It was the personal property of Secretary Shaw until it passed to others by unknown means. It is not only a vibrant part of American history, but it is the point of origin for the collaboration of Roosevelt and Saint-Gaudens that led to the complete redesign of America’s coinage. A large part of U.S. numismatic heritage would be missing if this letter had never been written. ¦