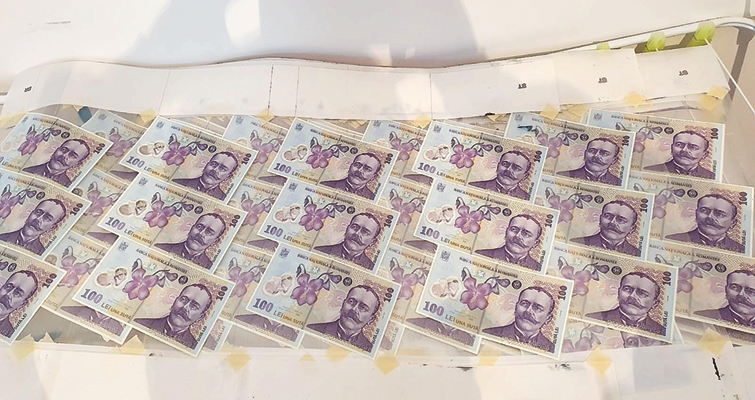 Officials in Romania say they shut down the world’s largest counterfeiter of polymer notes after a years-long investigation.

The world’s biggest forger of polymer bank notes was shut down on June 24, thanks to a fingerprint found on one of the notes.

Romania’s Directorate for Combating Organized Crime and Terrorism (DIICOT) released the news in Romania-Insider.com and Digi24.com. Raids on five homes in Bucharest and nearby Busteni resulted in the arrest of three suspects.

The counterfeiting group began operations in Spring 2014. Since then it made and passed over 17,000 100-lei bank notes, each equal to $23.17. DIICOT said in a statement, “In a relatively short time, the group’s leader managed to produce the best counterfeits in Romania’s history and become the biggest forger of plastic banknotes in the world.”

The notes, known as “Super Ron,” were printed on polymer sheets resembling those used for real Romanian notes and included all the regular security devices meant for public use — micro perforations, iridescent strip, a latent image, transparent window, color-changing ink, and printing seen only under ultraviolet light.

It was only when the fraudulent money got to cash processing centers, where more sophisticated technology is used for counterfeit detection, that their bogus nature was discovered. Shops and small banks were of no help to investigators because they had no idea the notes were fake until it was too late.

Authorities say distribution was done with as much care as the printing. Notes were put into circulation only at fairs or other local festivities. When the gang went to one of these events, they always turned off their phones to avoid tracking. Before passing bills they would study vendors to ascertain who were the best marks. Once identified, other members of the ring would use the fake money to buy merchandise. Over six years, close to 3,000 complaints from vendors were received, but investigators hit a dead end.

Finally, a lab technician taking part in the investigation found a fingerprint on one of the layers inside a 100-lei note. The print was crosschecked against police databases, resulting in the identification of a suspect who was convicted of theft almost 30 years ago.

In 1999, Romania became the first European country to move from paper currency to polymer. 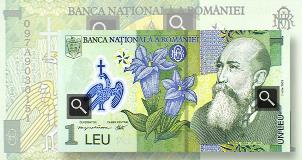 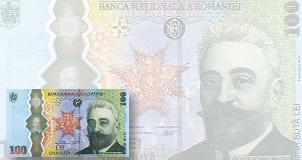 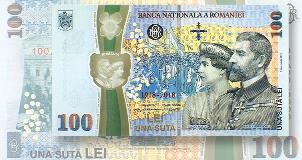