Rohan began collecting and dealing at a young age 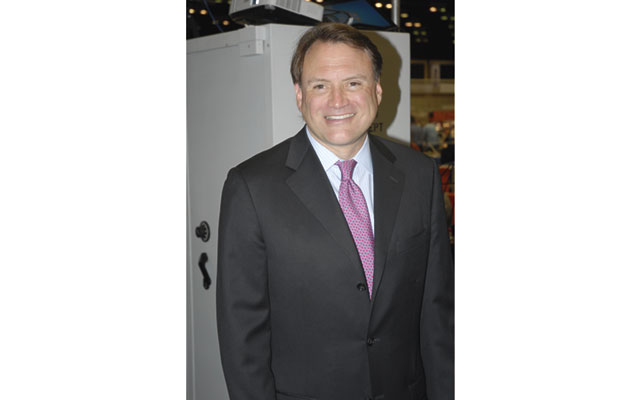 Greg Rohan is a regular fixture for Heritage at major shows across the United States. 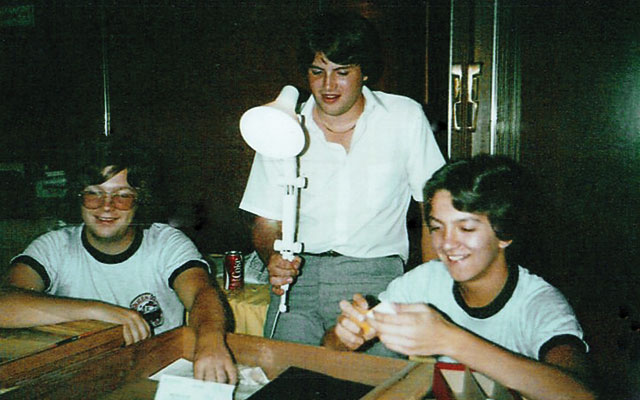 In this circa 1980 photo, Greg Rohan, center, is joined behind the bourse table at a coin show aboard the Queen Mary in Long Beach, Calif., by Casey Noxon, left, and Mark Chrans, right, also both still professional numismatists today. Rohan said the base on Noxon and Chrans' table lamp had broken, and they were paying Rohan $1 a minute to hold the lamp while they conducted business. 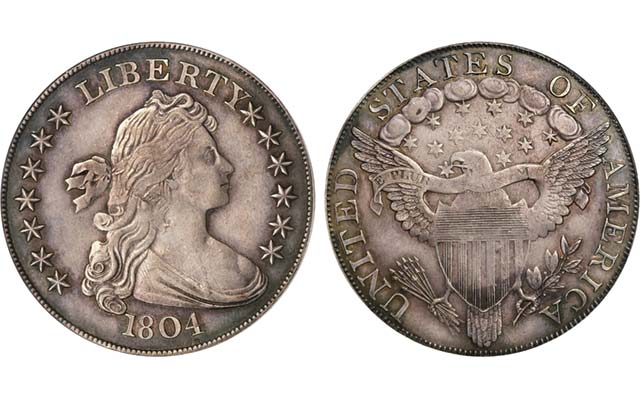 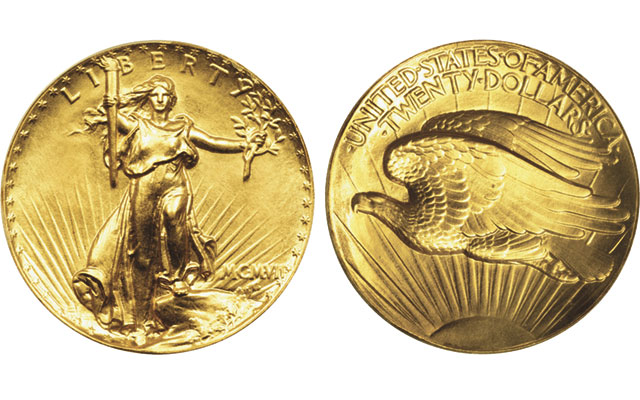 Graded PCGS Proof 69, this 1907 Saint-Gaudens, Ultra High Relief, Lettered Edge double eagle has been handled three times by Rohan, including once when it was sold privately to the Madison Collector for more than $3 million, in a transaction consummated in the McDonald’s on 57th Street and Fifth Avenue in New York City, late one cold winter evening in January 2006. 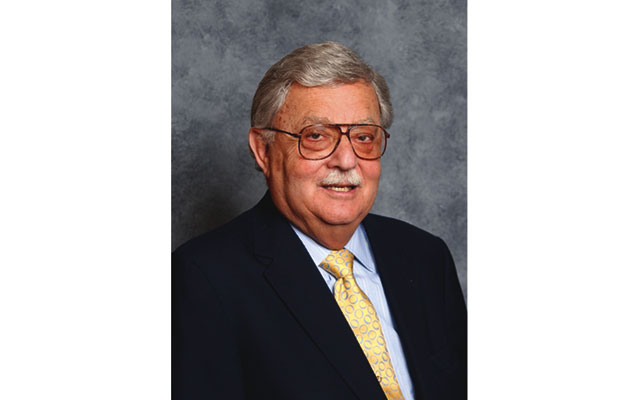 Harvey Stack and his cousins followed in the footsteps of the Stack family’s numismatic legacy established by their fathers. He has a professional numismatic career spanning nearly 70 years. 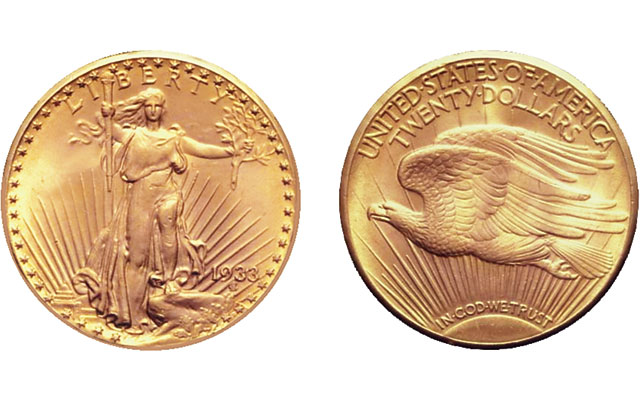 Harvey Stack has handled countless numismatic rarities in his storied career, including the sale in 2002, in conjunction with Sotheby’s, of the only 1933 Saint-Gaudens gold $20 double eagle legal to own.

This is the latest installment in a series of articles delving into the careers of professional numismatists who have traveled the coin show circuit for more than four decades. In this installment, we take a glimpse at the career of Greg Rohan.

Greg Rohan, president of Heritage Auctions since 2002, began his numismatic journey in 1969 at age 8 while growing up in the state of Washington.

Already imbued with the collecting gene and love of history, Rohan was introduced to coins when an elderly next-door neighbor gave him a jar of cents she had been collecting for decades, along with blue Whitman folders to fill.

“We didn’t have any extra money, both my parents worked, and I knew that to grow my coin collection, I would need to earn the money myself,” Rohan said. “I was a nerdy only child, but industrious. By the time I was 11, by washing cars, yard work, and babysitting, I’d saved $300. A schoolteacher I knew, George Booth, was a weekend dealer and took tables at the Seattle Center coin shows. He offered me a showcase on his table for $6. Not being able to afford the fancy Allstate cases, my dad and I built a showcase out of an old bulletin board and heavy plastic, secured with a little gold padlock.”

Many of the dealers who were helpful to Rohan in the 1970s are still active today, including Brian Jenner, Wayne Freese, Dave Schmidt, Hendrik Sharples, and Doug Robins.

Through his teen years, Rohan said, he worked part-time at a small coin shop in Washington’s capital city of Olympia.

“Before I could drive, my dad would drop me off and pick me up before and after his job as a mechanical engineer at a nearby college campus,” Rohan said. “I was paid $3 an hour at the shop, but I had full use of the dealer teletype machine, and I was allowed to conduct my own mail order business when I wasn’t running the shop.

“By my junior year in high school, I had a 170 square-foot office in the very impressive sounding ‘Security Building,’ with a downtown Olympia address and a suite number. I paid $170 per month.

“When class was out each day, I raced to the office to see what orders had come in the day’s mail from the full page advertisements I was running in Coin World. Business was good.”

As Rohan was finishing high school in the late 1970s, the precious metals market was booming, as was the coin business as a whole.

“I was so excited to enter the coin business full time, I never considered college,” Rohan said.

Following high school, Rohan said, the business partners he had acquired took advantage of him financially, leaving him in numismatic despair.

In the mid-1980s, Frank Greenberg from Delaware Valley Rare Coins in Philadelphia came to the rescue, offering Rohan a vice president’s position.

This was around the time certified third-party grading was beginning to take hold in the hobby, and about a year later, a grading contest was held at a Long Beach Coin Expo in California.

Starting in the late 1980s, PCGS invited dealers to test their skills against the grades assigned by PCGS, Rohan recalled. Rohan said he tried his hand at the contest for the first time in 1987 and placed first.

“The founders of Heritage, Steve Ivy and Jim Halperin, congratulated me, and invited me to dinner that night.” The two presented him with a job offer.

“I first met both Ivy and Halperin when I was 15 at the Jack Tar Coin Show in San Francisco. Back then they ran competing companies, and I was an eager fresh-faced upstart, in awe of the business they were doing. The day after placing first in the grading contest, I told Frank Greenberg of the job offer they had made me. He told me it was an incredible opportunity, and that I had to accept it.

“To this day, I couldn’t ask for a better friend than Frank Greenberg.”

The year was 1987, Rohan was 25 and was hired as Heritage’s vice president, coin buyer and coin grader, reporting to Halperin.

In 2002, 15 years after starting at Heritage, Rohan became a partner with Ivy and Halperin, and Heritage’s president.

“When I arrived in Dallas in 1987, Heritage had 55 employees and sold about $60 million in rare coins annually,” Rohan said. “Today, more than 500 professionals work at Heritage. Along the journey, we created the most efficient, transparent, and progressive auction company in the world.

“Last year, we came close to $1 billion in sales in 39 collecting categories. Coins remain our largest category, and are the first love of all of us that run the company.

“Beginning at 8 years old, I was immersed in coins. To my good fortune, I make my living from my passion for numismatics. I’ve made decades-long friendships and worked with the greatest collectors of my day and all the greatest coins. It simply doesn’t get any better.”