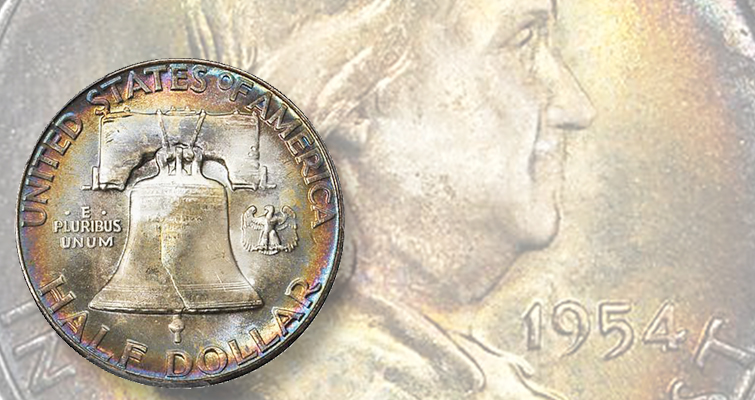 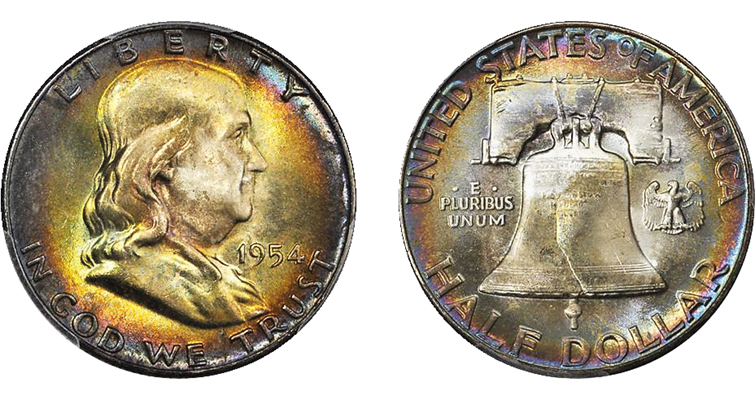 A closer look at both the obverse and reverse sides of the 1954 Franklin half dollar graded MS-67 full bell lines that sold for $14,100 at Stack’s Bowers Galleries’ Nov. 3 Rarities Night auction.

While many debate the attractiveness of John R. Sinnock’s Franklin half dollar, the design is perhaps showcased at its most effective on richly toned examples. At the Stack’s Bowers Nov. 3 Rarities Night Auction in Baltimore, the firm sold a 1954 Franklin half dollar graded Mint State 67 full bell lines by Professional Coin Grading Service for $14,100.

It was distinguished by target toning on both sides. As the description observed, “On the obverse a halo of steel-blue and reddish-orange surrounds an olive-gold center. For the reverse we note powder blue, salmon pink and antique gold shades around a pearl gray center.”

Many Franklin half dollars are rare in high grades, especially with fully struck bell lines on the reverse’s Liberty Bell. Although the 1954 Franklin half dollar is common in circulated grades and through MS-65, it becomes tough in MS-66 and is rare in MS-67, with PCGS grading just three MS-67 full bell line examples. 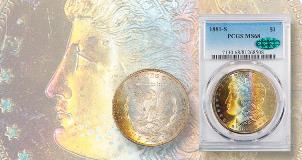 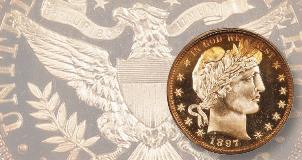 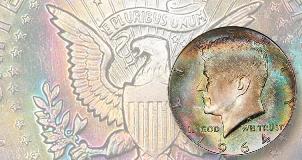