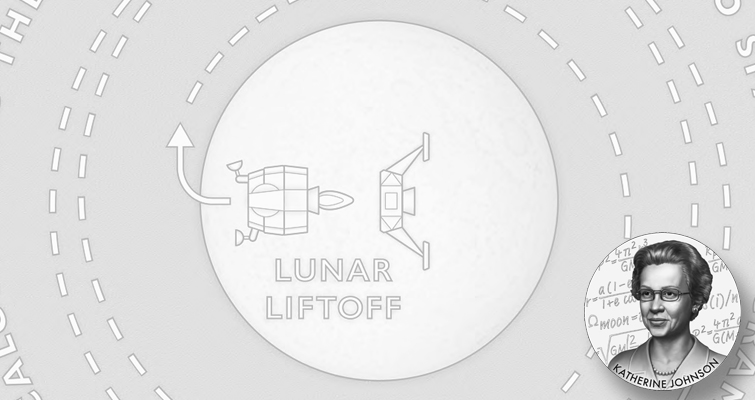 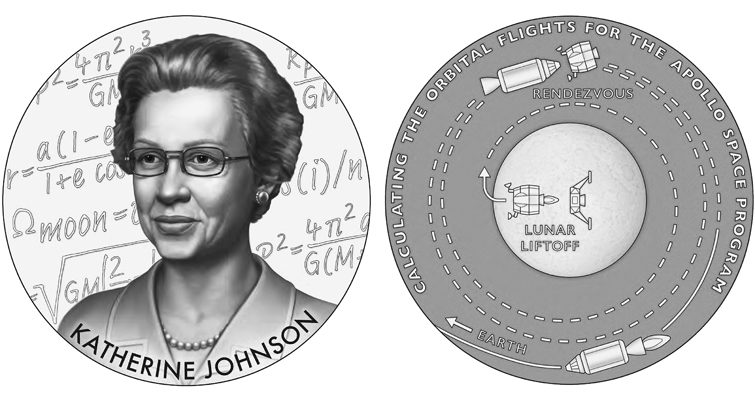 A complete at both sides of the Katherine Johnson Hidden Figures medal. 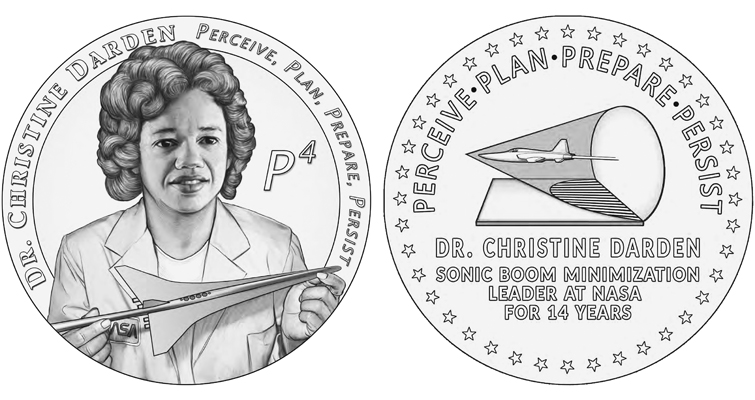 For the obverse of the Darden medal, the CCAC and CFA recommend an obverse depicting a portrait of Darden holding a model plane. The CFA suggests that Darden’s name be centered at the top, that the design keep the inscription P4 but remove “PERCEIVE ...” on the obverses

The recommended reverse from both panels depicts Dr. Darden’s guiding principles as an inscription, PERCEIVE, PLAN, PREPARE, PERSIST. The stars symbolize her four decades of service at NASA, while the graph shows a sonic boom cone hitting the ground, explaining in visual form some of the mathematical formulas that describe the air pressures involved in sonic boom minimization.

The CCAC recommends that the 4 P’s be removed from the reverse and replaced with ACT OF CONGRESS 2019. The CFA suggested the diagram be made bigger, the serif fonts copy those from another proposed reverse, and that the second occurrence of her name be removed.

Darden began her career in aeronautics in 1967 as a data analyst at NASA’s Langley Research Center before being promoted to aerospace engineer in 1973.

Darden’s work in this position resulted in the production of low-boom sonic effects, which revolutionized aerodynamics design. While working at NASA, Darden was appointed leader of the Sonic Boom Team, which worked on designs to minimize the effects of sonic booms by testing wing and nose designs for supersonic aircraft. She was eventually elevated to the senior executive service.

Throughout her career, Darden has lived by a formula she conceived of as the Four P’s or P4, standing for “Perceive, Plan, Prepare, and Persist.”

For the Johnson medal, the CCAC and CFA both recommended an obverse design that depicts a portrait of Katherine Johnson in front of a variety of equations used to calculate the orbits and trajectories of spacecraft.

The recommended reverse depicts a diagram on a chalkboard showing Apollo 11’s lunar lander linking up with the command and service module. CCAC members suggested the inscription ACT OF CONGRESS be added to the reverse. The CFA suggested that the font on the perimeter could get larger so it fills the arc of the medal and establishes a hierarchy, with the font style revised to complement the obverse.

The recommended designs were preferences of the late Johnson’s two daughters.

Starting in the early 1950s, Johnson worked in the computing section of at the National Advisory Committee for Aeronautics’ Langley laboratory. She later joined the Space Task Group as NACA became the National Aeronautics and Space Administration.

She co-authored Determination of Azimuth Angle at Burnout for Placing a Satellite over a Selected Earth Position, a report laying out the equations describing an orbital spaceflight in which the landing position of the spacecraft is specified.

Johnson’s calculations were also adapted for John Glenn’s Friendship 7 mission in 1962. She contributed to synching Project Apollo’s lunar lander with the moon-orbiting Command and Service Module. Johnson also worked on the space shuttle and the Earth Resources Satellite. After 33 years at Langley, Johnson retired in 1986. 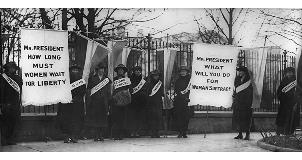 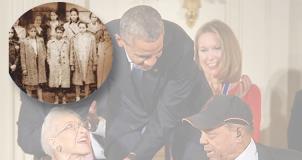 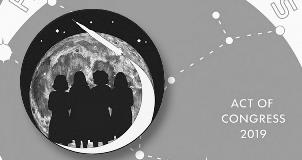 Hidden Figures get their due as medal designs are recommended