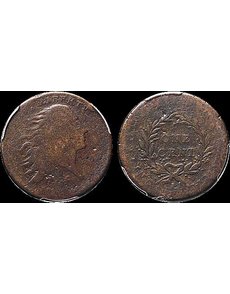 In some fields, when the same item is offered at auction multiple times over the course of a few years, it might be considered “burned” by the industry. Thankfully, this is not the case with rare coins.

Perhaps the most notable was the Hawaii Five-0 1913 Liberty Head 5-cent piece in Proof 64 with a green Certified Acceptance Corp. sticker, which brought just shy of $3.3 million. It’s an impressive price, until one notices that it was last publicly traded at auction four years ago where it brought $3,737,500.

For high-end rarities, repeat auction performances in quick succession are problematic in that they make rare coins appear common.

While only three 1913 Liberty Head 5-cent pieces of the five struck are in private collections, all three have traded hands in the last decade.

Results obtained for coins in the Greensboro Collection — which Heritage has been offering at auction for the last year or so — show that when coins reappear at auction, anything can happen.

The multiple high-grade 1792 half dismes that have appeared at auction in recent years give the false impression that this coin may be more common in high grades than it actually is. At the 2013 FUN auction Heritage offered one graded Specimen 67 from the Greensboro Collection that brought $1,410,000. In 2006 Heritage sold the same coin for $1,150,000, so the consignor registered a modest gain.

One of the few disappointments among the generally very strong 2014 FUN auctions was a highlight of the Adam Mervis Collection of Large Cents. A 1795 Liberty Cap, Reeded Edge cent graded Very Good 10 — the finest of nine known examples and a classic rarity — sold with huge fanfare for $1.265 million at an Ira and Larry Goldberg auction in 2009. It became the first U.S. copper coin to break the $1 million barrier at auction.

Early copper coin enthusiasts were perhaps disappointed by the $646,250 that it realized less than five years later when it appeared in the 2014 FUN auction.

As with the Greensboro Collection, many coins in Heritage’s Mervis offering did better than their prior auction appearance. A 1793 Flowing Hair, Wreath, Strawberry Leaf cent in Good 4 brought $218,500 at the Goldbergs’ 2009 sale and then $381,875 on Jan. 10. Other rarities enjoyed similar gains. ¦