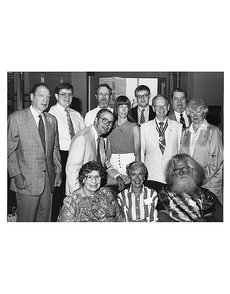 I was saddened to learn of the passing of Bertha (“Bert”) Bressett, who had been a fine friend for many years. I cannot remember when I first met Bert, but I knew Ken as early as the mid-1950s, as we had a common interest in numismatic research in general and Colonial coins in particular. We kept in close contact.

Today, as is well known, Ken is editor of A Guide Book of United States Coins.

In recent decades, he has lived in Colorado Springs, Colo., including serving as president of the American Numismatic Association. Bert has been his constant companion, until health intervened in recent years. If Ken was somewhere numismatic, likely Bert would be there too.

Word spread, and beginning at the ANA convention in Boston in 1960, we’ve had an annual breakfast meeting. Over a long stretch, Bert Bressett was a regular attendee as Ken’s guest, joining us for an hour of fellowship and camaraderie. In fact, I think she held the attendance record for a nonmember! Lots of fun!

Bert was also a frequent attendee of conventions, accompanying Ken. This included when she was first lady of the ANA as Ken held the presidency. Back in 1978, when my wife, Christie, went to her first ANA convention, Bert spent part of a day squiring her around from area to area, display to display, and table to table, introducing her to friends. Christie never forgot that.

In the 1970s and 1980s, I gave my “All About Coins” course at the ANA Summer Seminar. It was a popular program at the time. Many Young Numismatists attended, and some went on to great success in professional numismatics, including Kerry Wetterstrom (today editor of The Celator and a world-renowned expert on ancient coinage), Dwight Manley (who spearheaded the sale of the SS Central America gold treasure), Dan Ratner and a few others.

Ken had his own course, and Bert, seeking something to do for the week, signed up for my course. Next year she might have gone to another, but came back later. I used to kid her that she was the only student who didn’t graduate and had to keep taking it over and over.

Bert will be missed but fondly remembered by me, my family and a wide circle of her friends.