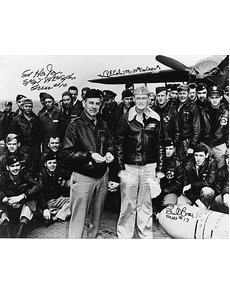 Legislation awaiting action in both the U.S. House and Senate would authorize congressional gold medals for the four surviving members of the 1942 U.S. Army Air Force “Doolittle Tokyo Raiders.”

The 113th Congress has closed out its first session with a record of passing the fewest bills for any modern Congress. That reputation extends to legislation affecting the coin collecting community.

Only two gold medal bills and one technical amendment to an already approved commemorative coin program became law during the first year of the two-year 113th Congress. Members will reconvene Jan. 6, 2014.

The two gold medal bills signed into law will recognize the 50th anniversary of the bombing of a Birmingham, Ala., church that killed four young girls, and honor the First Special Service Force in recognition of its superior service during World War II.

Bronze duplicates of both medals will be offered for sale to the public.

The technical amendment was made to the 2014 National Baseball Hall of Fame commemorative coins program to specify the size of the precious metal blanks to be used in production of the commemorative gold $5 coins and silver dollars.

The United States Mint requested the amendment to enable it to meet the requirements of the authorizing legislation for the coins.

The Mint is required to use a technique that would produce gold $5 coins and silver dollars with a concave obverse and a convex reverse. The reverse of each coin is to depict a baseball, with the convex effect enhancing that resemblance.

According to a spokeswoman in Hanna’s office, the Mint requested the amendment because “the doming of the coin turned out to require a smaller [coin] circumference than [mandated] in the law (due to the physics of it). Neither we nor the Mint thought of the issue.”

For 2014 — coins to mark the centennial of the establishment of Mother’s Day.

For 2015–2016 — coins to celebrate American Liberty, the Union, and American values and attributes.

For 2016 — coins for the 100th anniversary of the establishment of the National Park Service; and coins to mark the formation and mission of the Pro Football Hall of Fame.

For 2018  — coins for breast cancer awareness; for marking the centennial of the end of World War I and to honor American veterans of the war; and for the 105th anniversary of the first Korean immigration to the United States.

In 1996 Congress approved commemorative coin reform legislation. In addition to prohibiting the payout of surcharges for any program that did not make a profit, the law also limits the number of programs in any given year to two, among other provisions.

Will the last year of the 113th Congress be like a good thriller, where the action speeds up toward a dramatic conclusion?

Anything is possible, as 2014 is an election year for many members of Congress. Campaigning may see elected officials away from Washington and back in their districts more often, so it remains to be seen if members will make the most of every minute with numismatic legislation. ¦