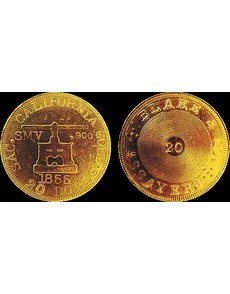 I don’t recall when I first met John J. Ford Jr., but it was sometime in the early 1950s. I soon discovered the New Netherlands Coin Co. Operated by Charles M. Wormser as business executive and John as numismatic guru, with polymath Walter Breen on staff, the company turned out auction catalogs that were absolutely fascinating to read. History and numismatic research came to the fore. In contrast, the catalogs of others were simple listings of dates, Mint marks, and, if merited, a few sentences about rarity.

John was a genius in the fields of numismatic research and marketing. He also was the leading figure in the combatting of counterfeit and altered coins. He conducted programs on the subject for the Professional Numismatists Guild and the American Numismatic Association. His unmasking of phony coins received wide coverage in Coin World.

Along the way, he and his associate, Paul Franklin, combed the American West in the search for pioneer gold coins, gold and silver ingots, and more, these being John’s favorite specialty. They were successful beyond belief and discovered dozens of hitherto-unknown items, many of which were sold into leading collections or to dealers. The 1855 Blake & Co. $20 coin landed in A Guide Book of United States Coins.

Some chinks began to appear in his armor in the 1960s when others began to question the genuineness of some of the pieces, especially multiple Proof 1853 $20 coins and patterns from Augustus Humbert and the United States Assay Office of Gold in San Francisco. The PNG took up the matter and appointed a fact-finding committee. Were these genuine or were they modern concoctions?

The finding was a nonevent. Nothing was stated about authenticity at all. By implication, they were authentic, it seemed. The decision was that certain items called Proof should have been called prooflike instead.

In the meantime, I was not following such new discoveries, and I assumed that whatever John publicized as a new discovery had been well studied and authenticated. After all, he was the person the ANA, PNG and others looked to for guidance in such matters.

I was a friend of John’s, visited his home many times, and bought many coins, tokens and medals from him, but not in the Western series. We did not discuss his new finds.

The Western gold controversy would not go away, and I finally discussed it with John. He said all of his detractors (“boobs” was a favorite word) were jealous and out to get him.