Author recalls his many encounters with Margo Russell 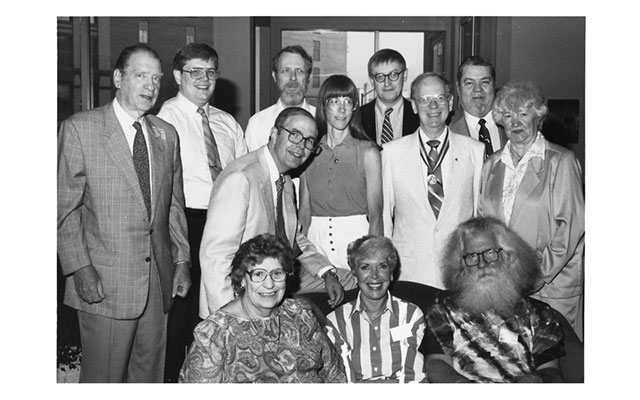 I was saddened in late January to receive a telephone call from Michael Barhorst of Sidney, Ohio, informing me that his mother-in-law, Margo Russell, had passed away at the age of 95.

Margo had been a close friend and adviser ever since the early 1960s, and a year never passed without my receiving a birthday card and Christmas card from her.

During her numismatic career every honor worth having was bestowed upon her. Certainly, any listing of the most prominent figures in our hobby during the 20th century would include her at or near the top of the list.

It was Margo who in 1962 invited me to be a weekly columnist for Coin World. Today, 53 years later in 2015, the column, retitled “The Joys of Collecting,” lives on.

I want to share some reminiscences about Margo from the early days of Coin World down to the present day. Margo will come on stage next week.

In 1959, J. Oliver Amos, whose family ran the Sidney Printing and Publishing Co. in the Ohio city of the same name, contemplated starting a weekly hobby magazine. By that time his firm had been printing Linn’s Stamp Weekly for a long time, and had seen its circulation prosper, going to tens of thousands of philatelists each week. He endeavored to buy Linn’s, but it wasn’t for sale.

Being of a business turn of mind, he thought there would be other possibilities. After all, stamps weren’t the only collecting field in the world.

Meetings were held, and ideas were narrowed down to three possibilities: antiques, bowling, and coins. Fortunately for all of us, coins was the topic selected.

Launched on April 21, 1960, with D. Wayne (“Dick”) Johnson as editor, and his wife, Shirley, assisting, Coin World was in the right place at the right time. Dick and Shirley had been on the staff of the Kansas City Kansan in their home town, with Dick in charge of retail advertising and his wife tending to news about television and religion. Both were well suited to their new assignments. I had known Dick for a number of years.

In 1957 he and I were among the founders of the Rittenhouse Society, which Margo Russell was invited to join some years later. She became a frequent attendee to our meetings.

Next week: Coin World gets underway.