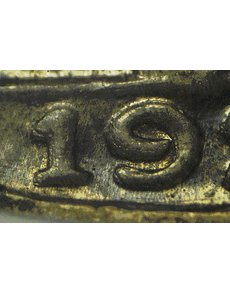 The easiest place to spot the doubling on the 1927 Standing Liberty quarter obverse doubled die submitted by Robert H. Knauss is the 19 in the date. 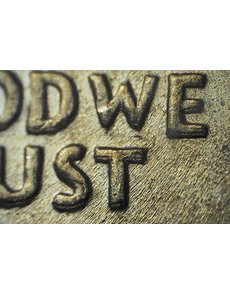 John O. Phillips submitted this 1935 Washington quarter dollar with doubling to the letters of the motto IN GOD WE TRUST. 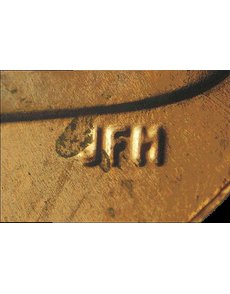 Look to the bottom of the J in the designer’s initials JFM to spot the doubling on the reverse of the 2013 Lincoln cent submitted by Jon A. Rice. 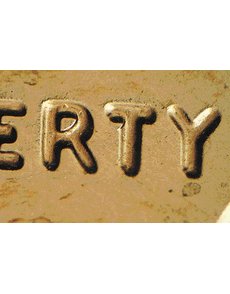 Notches show on the lower left corners of the ERTY in LIBERTY on the obverse of a 2013 Lincoln Shield cent submitted by Joseph Koelling.

It is a doubled die obverse on a 1927 Standing Liberty quarter dollar that I now have listed as 1927 25¢ WDDO-001. A Class II spread toward the center shows on IN, TRUST, the date, the bottom of the gown, and the bottom left and bottom right stars. In addition, Class VI extra thickness shows on IN GOD WE TRUST, LIBERTY, the stars and the date.

Only seven doubled working dies are known for this series so any new discoveries like this one tend to cause a bit of excitement.

John O. Phillips submitted a 1935 Washington quarter dollar with a doubled die obverse. Doubling spread to the north shows on the letters of IN GOD WE TRUST while a close spread toward the center can be seen on the letters of LIBERTY. This one is in my files as 1935 25¢ WDDO-001. It is also listed by the Combined Organizations of Numismatic Error Collectors of America as 1935 25¢ 3-O-V.

The first known reverse doubled die for the 2012 Lincoln cent was submitted by Jon A. Rice. Doubling shows on the lower letters of ONE CENT, increasing in spread from left to right. It also shows on the lower shield and both sets of designer’s initials, especially the J in JFM.

No stranger to this column, Joseph Koelling submitted a 2013 Lincoln cent with a doubled die obverse.

Extra thickness shows on the letters of LIBERTY on the coin and also on the 20 in the date. “Notches” show on the bottom left of the ERTY in LIBERTY.