Due diligence essential in determining ownership of coins 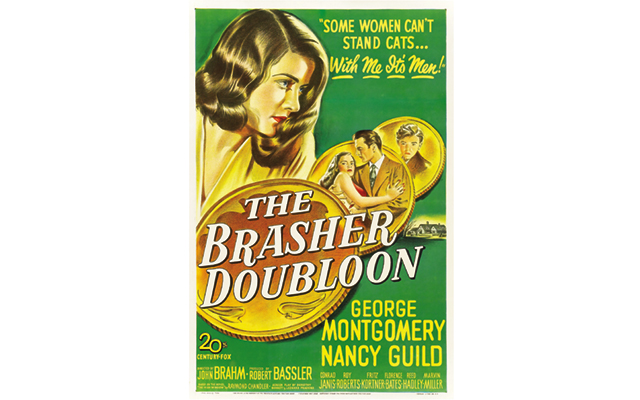 Stolen coins can pose a problem for buyers. A central plot point of the 1947 20th Century Fox film The Brasher Doubloon dealt with a stolen example of this rare gold coins.

I would like to ask Coin World’s “Collectibles and the Law” columnist Armen Vartian for his thoughts about a topic that came up during a recent coin club gathering.

If a bidder at an auction wins a coin that is found to be stolen, how does the winning bidder get reimbursed?

Who has the burden of proving legal ownership for the coin: the auction company or the winning bidder?

Additionally, how is a statute of limitations involved that might limit the time someone has to bring a claim?

Any info would be greatly appreciated.

According to Vartian, due diligence — from both the buyer and the auction house — is at the core of the answer.

“If the items turn out to be stolen, the consignor would be in breach of that warranty, and the auction house could recover the auction proceeds.

“If settlement hasn’t yet occurred, presumably the auction house would withhold those proceeds while the matter is cleared up. The winning bidder would be the beneficiary of that claim.”

But what if settlement has occurred and the consignor no longer has the funds or can’t be found? This poses a more complicated question.

Vartian clarifies: “Auction house terms and conditions of sale usually disclaim any warranty of title, stating only that the successful bidder will get whatever title the consignor had, no more no less. The auction is within its rights to give the buyer the consignor’s last known contact information and that’s it.

“However, in some places such as New York City, such disclaimers are void and anyone buying at auction is entitled to reimbursement of the entire purchase price (including buyer’s premium) from the auction house, regardless of whether the auction house is able to collect from the consignor.

“Finally, you mentioned statutes of limitations. Those do apply and generally speaking, the victim of a theft has three years or so to claim his or her coins from whoever possesses them.”

His words should remind bidders and consignors to closely read the terms of sale at an auction.