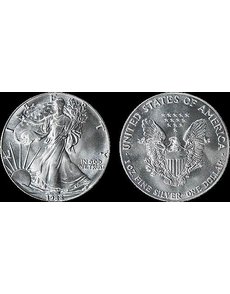 Records continue to be set across various collectible categories as auctions keep testing how high collectors will bid to acquire the “best of the best.”

For example on April 6, a 1909 Honus Wagner baseball card realized $2.1 million at an auction conducted by Goldin auctions, setting a record for a baseball card at auction.

While at least one example of this legendary card with a story that transcends the relatively narrow category of sports cards has traded for more in a private transaction, huge prices for these types of rare objects bring attention to collectibles more generally.

Five separate bidders competed at and above the $20,000 level. With a single example graded by PCGS in this grade, one lucky collector will certainly have bragging rights.

The market for these silver American Eagle condition rarities shows no signs of slowing down.

Those who lack patience can purchase an “instant collection” that’s registry set ready.

The market’s next great test will be the various Heritage auctions associated with the Central States Numismatic Society spring show in Schaumburg, Ill., April 24 to 27.

The Walton specimen of the 1913 Liberty Head 5-cent piece is the main event, but the sale of pattern coins from the Eric P. Newman Collection and many singular rarities provides a series of auctions with a level of depth not seen recently at auction. These auctions will further test the market’s appetite for the best (as well as the rest). ¦