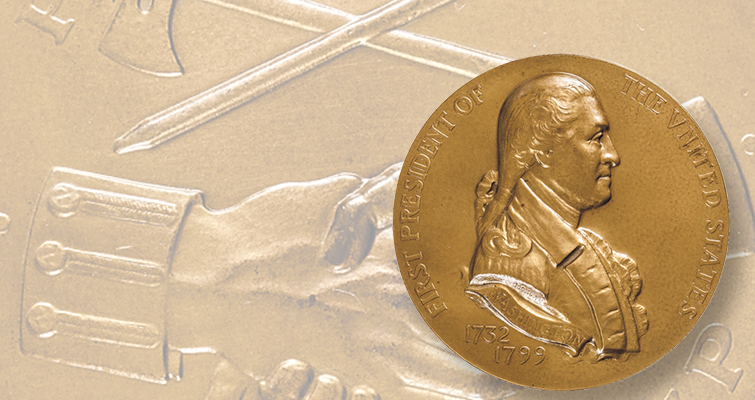 Little is known about this 76-millimeter Indian peace depicting George Washington that was struck at the U.S. Mint at Philadelphia Mint circa 1922. 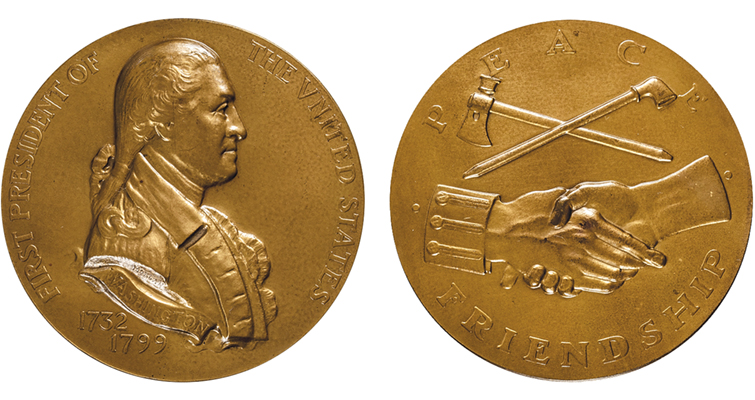 The bronze medal was designed and engraved by Chief Engraver of the United States George T. Morgan. 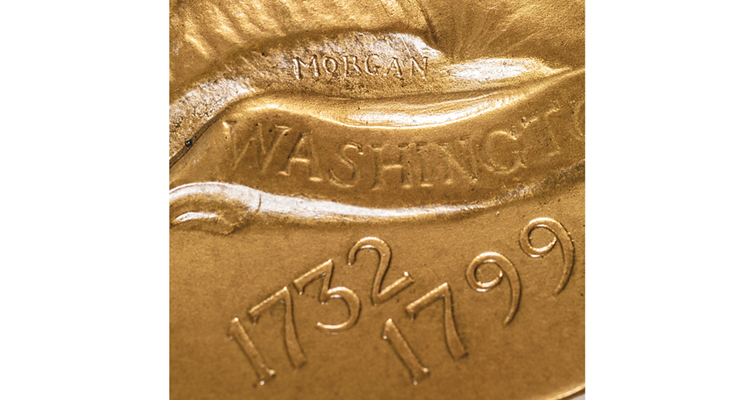 A 76-millimeter bronze George Washington Indian peace medal produced circa 1922, about three years before the death of its engraver, is being offered in an Early American online auction closing Feb. 9.

The medal employs a wholly different obverse design than appears on the Washington Indian peace medals struck by the U.S. Mint for sale to Mint customers for decades, and the reverses, while sharing a theme, differ in their execution.

According to the auction lot description, little is known of the medal, designed and engraved by Chief U.S. Mint Engraver George T. Morgan, whose tenure on the Mint's engraving staff lasted 48 years until his death on Jan. 4, 1925.

Morgan’s signature of his entire surname appears incuse on the truncation of Washington’s portrait, which faces right on the obverse.

The reverse design is a Peace and Friendship design showing clasped hands shaking, along with crossed peace pipe and tomahawk, a design theme that appeared on many Indian peace medals produced in the 1800s. Those pieces were made to be presented to American Indian tribal leaders to open diplomatic relations with the federal government.

The accompanying case is similar to those used to house the Warren G. Harding Memorial medal, also designed and engraved by Morgan and issued by the U.S. Mint in 1922.

According to the catalog description, the medal may not have been “produced for very long.”

This Washington medal was produced at the Philadelphia Mint. The obverse exhibits a vertical die crack through Washington's portrait. The medal was graded Mint State 66 by Numismatic Guaranty Corp. and is accompanied by an NGC Photo Certificate.

The reverse of the current medal available from the Mint also features a Peace and Friendship design, but it is attributed to John Reich and the execution of the design differs from that of the medal offered in the Early American auction. 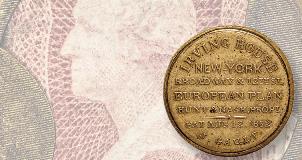 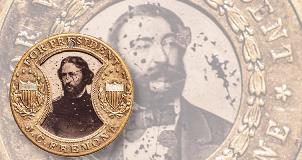 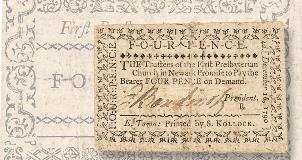