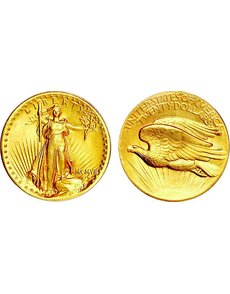 As numismatists, we are all very fortunate to enjoy one of the strongest markets ever.

In the last several years, while America and the world has been suffering the most severe economic recession since the 1930s, the rare coin market has been doing well. For anyone who has been forced into unemployment or foreclosure, this news is irrelevant.

Like the idea or not, the state of the economy drives the results of national elections. Following the Panic of 1837, President Martin Van Buren lost his bid for re-election. In 1932 President Herbert Hoover, who had no real answers for the Depression, was wiped out by Franklin D. Roosevelt, who had plenty of ideas. In 1980, with double-digit inflation, long lines at gas pumps and other problems, Jimmy Carter lost to Ronald Reagan in his effort to secure a second term. All eyes on 2012. However, there is still time for incumbents to take stock of economic reality and do something effective about it.

Changing the drift slightly, today many people have a lot of money. Traditional investments have proven to be uncertain in recent times. It has been very difficult for any person to pick a winner in the stock market. Cash investments in CDs, Treasury bills and money market funds now yield very little in the way of return.

The rallying call of the day seems to be “What the heck! I’ll spend my money on something I will enjoy owning!” Sales of luxury automobiles are very strong. The pages of The Wall Street Journal, Forbes, The Economist and other periodicals with upscale subscribers are filled with advertisements for watches costing thousands of dollars. The art auction houses of Christie’s and Sotheby’s have both reported recent highs in volume and profits. Gold and silver bullion prices have risen to all-time highs.

Along the way more than just a few numismatists have turned their attention to buying “dream coins” that otherwise might have been ignored. As an example, acquiring a choice or gem Uncirculated 1907 Saint-Gaudens, High Relief, Roman Numerals gold $20 double eagle, costing say $20,000 or more, becomes an easy decision for anyone with money in the bank, without fretting that the same $20,000 could be earning 6 percent interest, as would have been the case a few years ago.

Did you know that the mid-1930s in the depth of the Great Depression saw the greatest boom ever in the coin market? Factors included new albums on the market and speculation in commemoratives. The strength continued and launched the modern coin market.