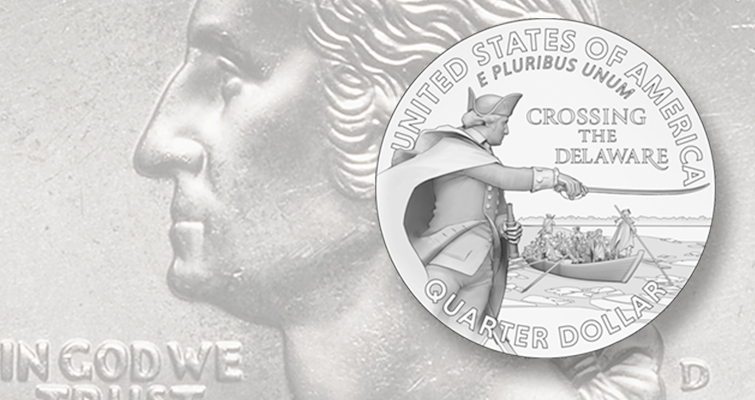 The U.S. Mint will be issuing a new Washington quarter dollar in 2021 depicting Gen. George Washington Crossing the Delaware. 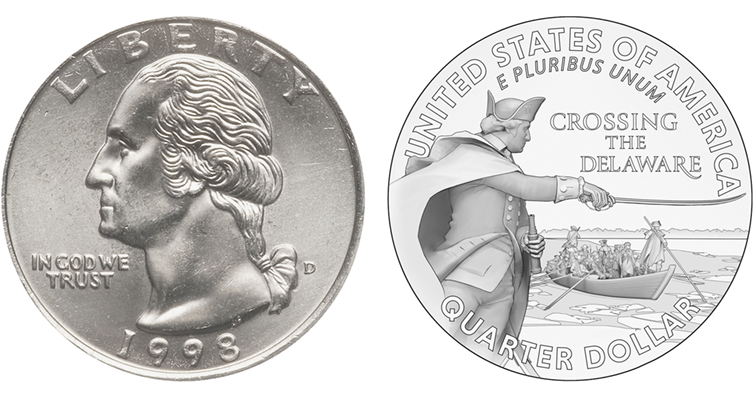 Whatever rendition of Washington Crossing the Delaware is selected for the reverse of the 2021 quarter dollar will be paired with sculptor John Flanagan's portrait of George Washington that appeared on the quarter dollar from 1932 through 1998.

A proposed reverse design for the Washington quarter dollar to be introduced in 2021 at the conclusion of the America the Beautiful Quarters Program shows George Washington crossing the Delaware and was recommended Oct. 15 by the Citizens Coinage Advisory Committee.

One provision authorized, at the Treasury secretary’s discretion, a second 14-year, 56-coin round of quarter dollars, each honoring a national park or historic site in each of the 50 states, the District of Columbia and the five U.S. territories — Commonwealth of Puerto Rico, Guam, American Samoa, U.S. Virgin Islands and the Commonwealth of Northern Mariana Islands.

Treasury Secretary Steven Mnuchin did not adopt that option by the required close of 2018 deadline.

The second provision of the authorizing legislation mandates that, in the event the Treasury secretary would not approve issue of another 56 America the Beautiful quarter dollars, the reverse of the quarter dollar beginning in 2021 would bear a rendering of Gen. Washington and his troops crossing the Delaware River on the night of Dec. 25–26, 1776.

Proposed designs submitted to the CCAC for review, while of the same theme, do not replicate the reverse of the 1999 New Jersey quarter dollar, based on a painting of Washington’s crossing by Emanuel Leutze.

The design CCAC recommends depicts Gen. Washington facing right standing in the bow of his boat, holding a small telescope in his left hand and with an extended sword in his right hand directing another boat containing Continental Army soldiers, as it passes between ice chunks in the river.

The authorizing quarter dollar legislation does not permit consideration of any design depicting a head and shoulders portrait or bust of any person, living or dead, and a likeness of any living person is prohibited.

All 17 designs submitted to the CCAC by the Mint’s engraving staff and Artistic Infusion Program artist depict some version of Gen. Washington leading his troops across an ice-choked Delaware River during a Nor’easter Dec. 25 to 26, 1776. The bad weather added to the element of surprise in Washington’s plan to attack the enemy at Trenton in New Jersey. The ensuing Battle of Trenton, and the subsequent Battle of Princeton, constituted a turning point in the Revolutionary War and gave hope to many that the Continental Army could prevail.

The flag in use at the time of the crossing was the Grand Union flag. According to U.S. Mint officials, where practical, historically accurate racial diversity among Washington’s troops is also represented in the designs.

The reverse design that receives final approval from the Treasury secretary will be paired with the original Washington portrait obverse introduced on the quarter dollar in 1932.

All 17 proposed reverse designs were also to be considered Oct. 17 by the Commission of Fine Arts.

All of the proposed designs can be found on Coin World’s Facebook page online.

The America the Beautiful Quarters Program concludes in 2021 with the issue of the quarter dollar honoring the Tuskegee Airmen National Historic Site in Alabama.

The proposed 2021 reverse design could, however, be superseded if legislation currently before Congress becomes law. In addition, a Mint proposal for an alternate quarter dollar program to begin in 2022 is pending.

H.R. 5308, the ‘‘Women’s History and Nineteenth Amendment Centennial Quarter Dollar Coin Program Act,” is currently pending before Congress. It seeks 56 coins that would “be emblematic of the accomplishments and contributions of a prominent woman who was a resident of a State, the District of Columbia, or a territory; bear the name of the prominent woman and the State, District of Columbia, or territory; and bear other appropriate inscriptions.”

The Mint is considering a 10-year program to begin in 2022 that would include a 2026 coin celebrating the nation’s 250th birthday. The 2022 to 2025 coins would bear reverse designs depicting animals, and the 2027 to 2030 coins would depict youth sports. No proposal has yet been made public for the 2031 design theme. 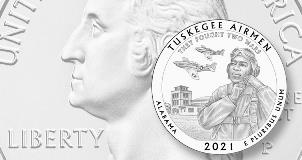 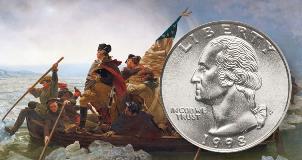