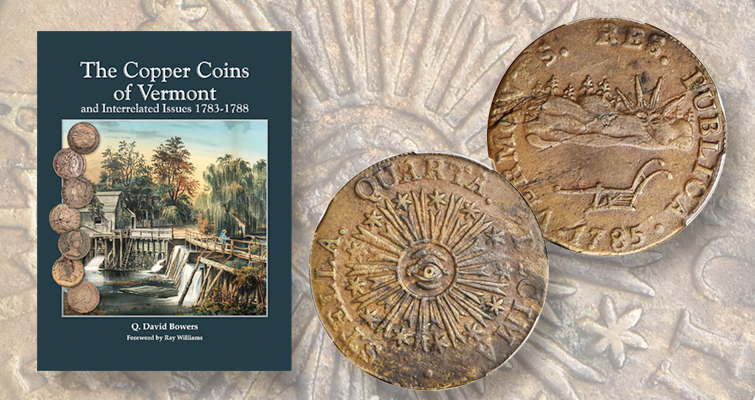 The Landscape 1785 Vermont copper is the quintessential design in the series to many collectors. This one, graded AU-53, sold for $7,200 at Stack’s Bowers Galleries’ June 18 offering of the Q. David Bowers Collection of Vermont Coppers. Many of the offered coins were illustrated in his 2018 book on the series. 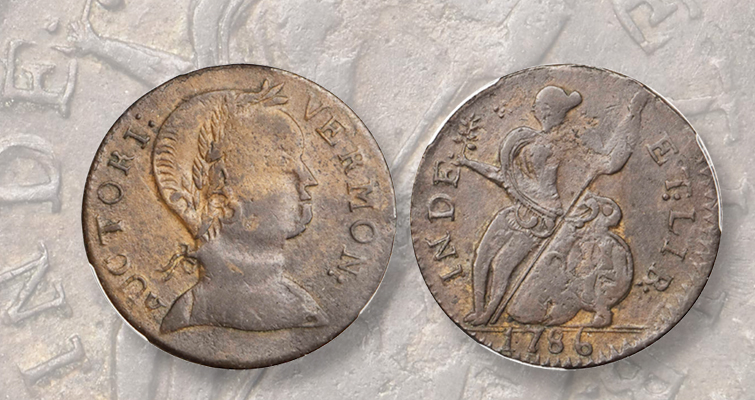 The Baby Head 1786 Vermont copper is an iconic, unusual-looking issue in the series. This one graded AU-53 is possibly the finest example of the RR-9, Bressett 7-F variety in private hands. It realized $28,800. 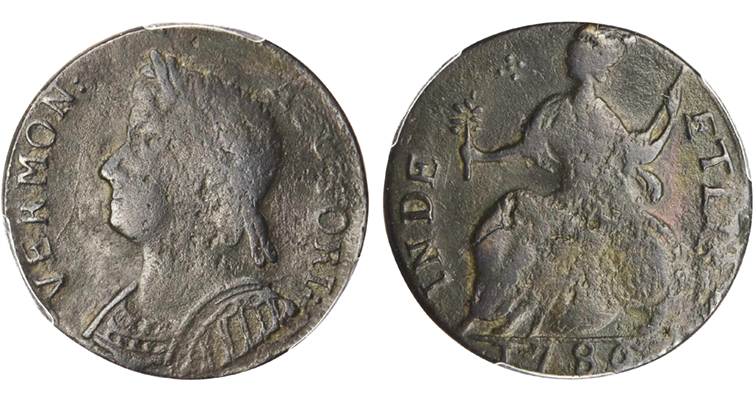 Bowers wrote the 2018 book The Copper Coins of Vermont and Interrelated Issues 1783–1788, where he explained the charm of the short-lived series of around 40 varieties, explaining, “About 30 can be collected by anyone with a modest budget combined with a keen interest in the coins and the patience to wait until a coin that is ‘just right’ comes along. The privately issued copper coins made by Ruben Harmon, Jr. and his partners for the Republic of Vermont dated 1785 to 1788 circulated widely in early America at a value of about a halfpenny.”

Bowers recalled viewing the Vermont copper coins in the collections of the American Numismatic Society while at its location in Audubon Terrace on Broadway between 155th and 156th streets, and examining the collections of Vermont’s Bennington Museum, starting his own collection of Vermont coppers by die varieties in 1954. “Red Book” editor emeritus Kenneth L. Bressett’s classification system based on the 39 varieties published in “The Vermont Copper Coinage” in Studies on Money in Early America published in 1976 by the ANS represented a “giant step forward” toward wider collecting interest in these Vermont coppers, as did the 1988 publication of Walter Breen’s Complete Encyclopedia of U.S. and Colonial Coins. More recent publications have focused on more detailed aspects of the production of Vermont coppers and the later Machin’s Mills issues.

On collecting the series, Bowers writes, “Building a collection of Vermont coppers can be an exciting, stimulating challenge,” since much of it has to do with variables related to eye appeal for these often crudely struck bronze issues with frequently porous surfaces. “Each Vermont copper has its own personality,” he writes.

The “Landscape” Vermont coppers were first produced in 1785 and are the most distinctive of the Vermont series. As described by Montroville W. Dickeson in his 1859 American Numismatic Manual, “We cannot fail to observe the appropriateness of the devices and mottoes on our Vermont coins. We are reminded by the ‘mountains’ on the obverse, of the range of green hills that bisects the state; by the ‘forest trees,’ of the new and unsettled condition; by the ‘plough’ of its agricultural character, and by the ‘rising sun,’ of the morning freshness and youthful promise of its opening career. The legend, Vermontensium res publica, was significant of the political attitude to which the inhabitants of the New Hampshire Grants aspired, and a pledge of their resolution to obtain it.”

Dickeson explained that the reverse was also expressive, with the radiated eye surrounded by 13 stars being an obvious reference to the 13 united colonies that had just achieved their independence. The legend QUARTA DECIMA STELLA, meaning the fourteenth star, “was in the nature of a prophecy that Vermont would be triumphant in the struggle through which she was then passing, and would constitute the fourteenth star in the constellation of states.” This prophecy would become true in 1791 when Vermont became the 14th state.

The Bressett 1-A 1785 Vermont copper is the first and most available of the 1785-dated landscape types and while some have suggested the issue was struck in New York City, Bowers says, “The rusticity of the planchets would seem to belie this.” Bowers offered the example used to illustrate the variety in his book, graded About Uncirculated 53 by Professional Coin Grading Service. It was struck from an early state of the obverse die with no evidence of the break that would eventually form from the border at the digit 8 in the date. Tony Carlotto’s 1993 reference The Copper Coins of Vermont observed on the variety, “A nice tan problem free piece is scarce, not rare. They exist in a reasonable amount and command a premium.” Bowers adds, “This variety is readily available in Extremely Fine grade.”

Also classified as RR-2 in the The Colonial Coins of Vermont by Hillyer Ryder, it is one of two die pairings in this series that correspond to the VERMONTS “Red Book” variety, though it is not known whether it was the first Vermont copper variety produced.

Stack’s Bowers praises the bold strike, noting a shallow planchet clip on the reverse and, “Medium tan surfaces show a touch of microgranularity in areas, but they are free of extraneous marks that were not on the flan when the coin was struck. A natural planchet flaw is evident at 9 o’clock on the obverse, obscuring a portion of the letters ON in VERMONTS, and another tiny flaw touches the upper loop of the letter P in PUBLICA.” It sold for $7,200 with the cataloger calling it “an exceptional RR-2 that would do equally well in a type set or specialized collection of Vermont copper varieties.”

Such a ‘Baby Head’

After the Landscape series, the Vermont coiners created the most distinct bust type in the entire Vermont copper series: the “Baby Head,” which Bowers said “was unique and distinctive and did not resemble the portrait of any known person.”

The nickname comes from the low ribbon that suggests a baby’s bib and the cowlick in the hair, along with generally infantile features. Writing in 1870, Edmund F. Slafter observed in his book The Vermont Coinage, “The artists who executed the die-sinking were obviously amateurs with little experience, and no extraordinary ingenuity or skill.” On the bust Bowers writes, “The portrait is original, with no counterpart in the Vermont, British, or other copper coinage in the era.”

His collecting notes add, “The Baby Head nearly always is seen on imperfect planchets with fissures and usually in lower grades.” He adds, “The inspiration for the youthful portrait has been a matter of conjecture.”

The offered 1786 Vermont copper, cataloged as RR-9 and Bressett 7-F, is described as “a simply amazing example,” with surfaces “wholly unlike those of virtually all survivors of the Baby Head type, which are apt to be Very Good or Fine with some variation of corrosion or other impairment.”

Though a superior example of the variety resides in the Bennington Museum, this is perhaps the finest-known available to collectors. The “outstanding example of an iconic variety in the Vermont copper series” brought $28,800.

Alongside the Baby Head issues in 1786, more typical Vermont copper issues were made to resemble earlier English coins depicting King George II, which circulated in the colonies. The obverse and reverse device punches for these are attributed to Abel Buell, a colorful character also tied to the production of contemporary circulating counterfeits in the Colonial era. The design type was seen on some contemporary Connecticut coppers, and such pieces were readily accepted in circulation.

The typical example of an RR-10, Bressett 8-G 1786 Vermont copper is dismal, with a dark and irregular planchet. Bowers adds, “It would not be surprising to learn that the Mailed Bust Left coppers of 1786 were heat-treated or darkened before they were issued — in order to give the impression that they had already circulated and had been accepted in the channels of commerce,” though others believe the issue was just poorly produced due to a lack of proper equipment.

On the offered example, graded Very Fine 20 by PCGS, Stack’s Bowers observed, “Although typically dark for the variety, it exhibits uniformly bold detail with a virtually full date, and the surfaces are overall smooth with no significant marks or deep flan flaws.” The solid, mid-grade example of this challenging variety brought $2,040. Even more affordable was another example of the variety graded Fine Details, Environmental Damage by PCGS that sold for $432. The cataloger explained, “This respectable Fine example illustrates the overall poor quality of this die pairing and highlights the significance of even single positive attributes (such as a full date) in an RR-10.”

Bowers shared with Coin World readers the joys of discovering varieties in the Vermont copper series while sorting through dealer inventories in the 1950s. Writing in a “Joys of Collecting” column, Bowers recalled, “Lower-grade coins had little value. On a visit to Stack’s in New York City, I asked Morton Stack if I could see his inventory of such pieces. He showed me boxes with hundreds of coins in lower grades, say Fair to Very Good or so, that were not worth placing in auction. He made a proposal: I could take them with me, look up their varieties, and pay him $6 per coin for any I kept, plus more if I found rarities. This worked out just fine!” 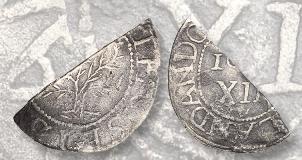 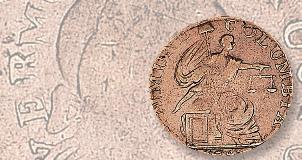 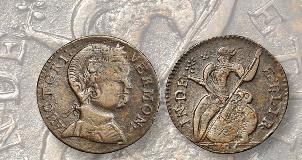