The Joys of Collecting: Take all costs into account 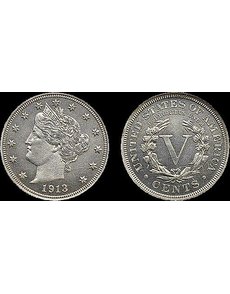 In 1996, Q. David Bowers was auctioneer at the podium when the first $1 million coin was sold — the Louis E. Eliasberg Sr. Collection’s example of the 1913 Liberty Head 5-cent coin.

As a longtime seller of coins, I have found that prices are intensely reviewed by many buyers, but are rarely studied in depth.

The concepts of extra charges and interest are not often considered. Many people who could afford to write a check for, say, $995 for a rare commemorative half dollar will charge it to a credit card and pay 21 percent or some other such rate — in effect perhaps paying $1,100 for the coin — without realizing it.

When you buy a coin or bid on one, study all aspects of your true cost — including buyer’s fee, shipping and handling, and sales tax. These things can add 25 percent or more to a coin’s cost. Charge it to a credit card and the add-on rises to 30 percent or even more.

In 1996, at Auctions by Bowers and Merena’s sale of the Louis E. Eliasberg Collection, I was auctioneer at the podium when the world’s first million-dollar coin was sold, a superb gem Proof 1913 Liberty Head 5-cent coin. Excitement knew no limits, a halt was called and everybody celebrated this landmark event. If the price had been $995,000, there might have been some applause, but the sale would have continued briefly.

In January, another barrier was broken — more than $10 million paid for a gem 1794 Flowing Hair dollar from the Cardinal Collection. Again, the auction was halted, cameras whirred, flashes flashed and it was not until a half hour later that we could resume.

After that I suggested perhaps whimsically that I was looking forward to selling the first $100 million coin! Will that ever happen? Who knows? I am old enough to remember when in the art market a million-dollar painting was headline news. Now, in 2013, a $100 million painting might not attract much notice. I also remember that in 1954 an 1804 Draped Bust silver dollar broke all records and sold for $8,000. Today the same coin would bring into the millions!

Similarly, the recent drop in the price of gold bullion has had a beneficial effect on the sales of common-date $20 double eagles. They are again widely collectible as numismatic items. Perhaps it is time to take out a copy of A Guide Book of United States Coins and investigate this series — a nice way to own gold and at the same time derive pleasure from their design and history.